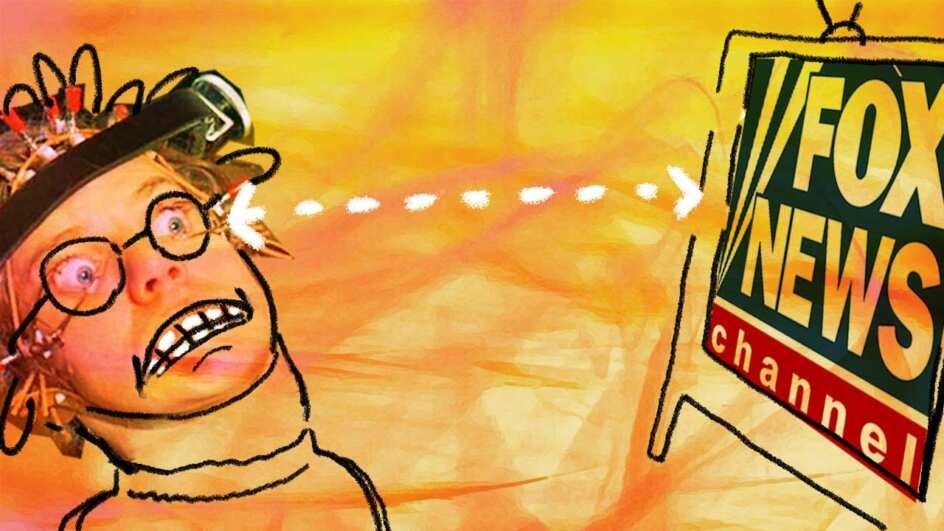 The Missus and I were out to dinner. We hadn't seen The Missus' cousin and husband for some time and had a lot of catching up to do. The conversations rolled along amiably, switching easily from one topic to another. Having touched upon tractors, forestry, and proper chainsaw sharpening, he and I were in a brief conversational hiatus, because what's the point of ordering beer if you're not going to drink it?

It was then his wife, in conversation with The Missus about some national news falderal, leaned over conspiratorially to give the following stage whisper:

"I'm sure Rachel Maddow is not allowed in your home."

I couldn't resist a smile at the silliness of the comment. It also amused me in knowing that, even though the comment was ostensibly to The Missus, in truth it was passive-aggressively directed at me.

Why do I say this?

Long ago, we (the cousin and I) used to get into some spirited political discussions at these dinner get-togethers. I would inevitably offer a point of view that respected the U.S. Constitution, freedom of inquiry, and the long tradition of liberty and rational debate that is Western Civilization's birthright; and she would usually adopt a position cribbed from Mao's Little Red Book.

Every time we got together we'd move into some variation of Point-Counterpoint, but without the "Jane you ignorant misguided slut" animosity. I thought it was fun, but The Missus and her cousin's husband didn't get the appeal. They are both of a type that prefers agreement and non-confrontational encounters. And politics bores both of them terribly.

I get the desire for conflict-avoidance. Some people equate disagreement with animosity, and would prefer to avoid the possibility of lingering hard feelings. That's never been a problem for me. I don't hold grudges over political views. When it comes to differences of opinion, I take the higher road.

"I have a lot of friends who are wrong," I told her.

Honestly, like The Missus, I'm largely non-confrontational as well, and much prefer laughter over debate. Avoiding confrontation is fine, and so is getting along with people, but that doesn't mean I don't have strong opinions. And if it comes my way, I don't back down from a political sparring match either, nor do I give in.

I suppose it was partly my Never Give Up attitude that may have put an end to political talk at our get-togethers. Ever since, our meetups have gone smooth and amicable, if a little less exciting than before.

But I can tell the idea of containing her politics is a sore trial for our cousin, and every so often a comment bubbles to the surface and pops into the open air. I normally ignore them in the interest of marital harmony with The Missus.

Which brings us full circle to the "Rachel Maddow" comment.

What I found amusing about it is that The Missus has no interest whatsoever in political commentary. She has her opinions, and doesn't need the support of a talking head. She doesn't watch political shows, read political columns or websites, and barely knows or cares about any particular newscaster or commentator on any given day. She does her due diligence in research when it comes time to vote, checks the ballot, and moves on to more important things.

So it didn't hit me as much of a surprise when I asked her while driving home if she got what her cousin was hinting at with "Maddow" the comment, and she said, "No. The name rang a bell, but I had no idea what she was talking about."

I had a good laugh over that.

"It's simple," I said. "She's implying I exercise total and complete mind-control at home, forbidding alternative points of view and prying your eyes open, forcing you to watch Fox News 24/7 like you're some character in Clockwork Orange or The Handmaid's Tale."

"I think you're over-exaggerating."

"Probably, but I like to paint pictures with my words. And for what it's worth, our daughter probably thinks the same thing…"

"Well, yes. But mostly the part about exercising political mind control over you and forbidding alternative points of view."

The Missus snorted at the thought.

We drove on for a distance in silence, then I said, "Just to be clear, you do know that you can watch whatever news channel you wish, don't you? I mean, I don't watch much TV, and only one or two political shows at most, and you are free to watch whatever you want as well."

"Of course I know that!" she laughed. "I hate politics."

"Yep, you can watch whatever you want," I continued. "Just as long as you first finish the dishes, the laundry, vacuum the house, dust the ceilings, fix me dinner, make sure I have a cold beer in my hand, and say a Prayer of Allegiance to my poster of Rush Limbaugh holding a Bible and shooting an AR-15 into a night sky lit by fireworks and riding a dinosaur through the halls of Congress.

"Yep. Once that's done, you're free to watch whatever you want."