I don't know what year it is on the Chinese calendar (let's ask Chinese hostage John Cena), but for me it's definitely the Year of the Porcupine. In what is rapidly becoming a fortnightly event, Hudson on Tuesday came home with porcupine quills in his face and mouth.

There is a dispute on the count, with The Missus saying it's the seventh time, and me saying it's the sixth. What is indisputable is that the number of quills is rising each time, which does not bode well for Hudson's intelligence level.

This most recent event scored over 400 quills, many in the roof of his mouth. Once again they appeared to be baby porcupine quills, being very small. The vet couldn't even remove all of them as many broke off. So now we get to look forward to problems arising from tiny quill tips migrating throughout Hudson's face.

After the previous event, recognizing the inevitable, we purchased a pet insurance policy. It costs about a hundred bucks a year. Before we bought the policy I reminded The Missus that the cost of a bullet is about thirty-six cents.

The policy covers accidents such as these. Though if I'm going to be honest, at six times, I have to wonder how much of an accident this is.

Last night, Hudson had to go out at 1:30 a.m., and my prostate agreed. I walked out with him and damn if there wasn't another porcupine in front of the garage. Like I said, it's the Year of the Porcupine. It scurried away into the bushes, but not before Hudson saw it.

Hudson then did something completely unexpected. He backed away.

The sight of the porcupine frightened him! Maybe there's hope after all.

I'm not entirely convinced. I mean, I thought the same thing after number three and number four.

It's possible he might have finally learned his lesson. Or maybe that was just a "No, thanks! I'm full" moment. 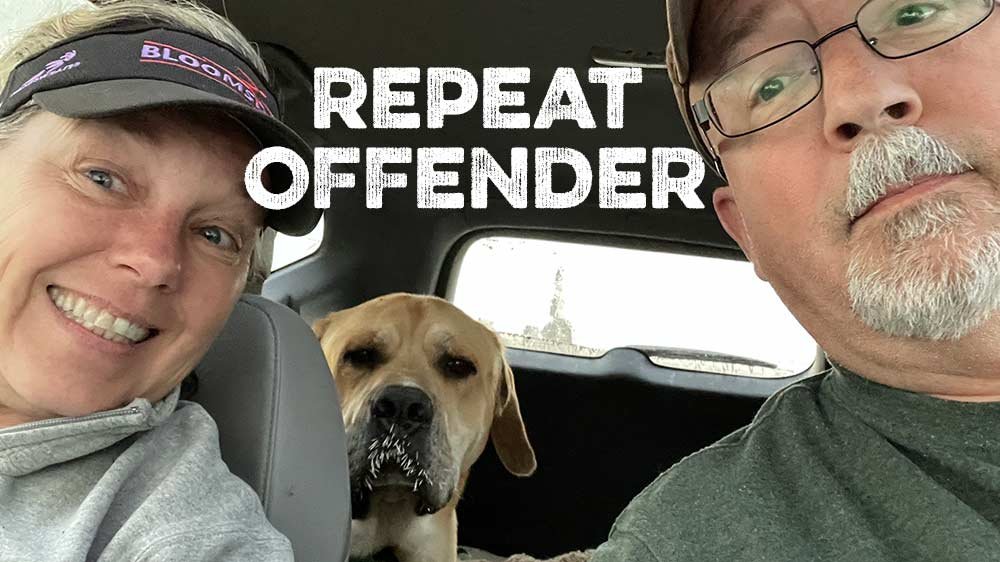 PopQuiz: Is six-time loser Hudson on his way to the vet again, or is he going to live on a farm?

A Christmas Miracle (but not the one you’re thinking of)