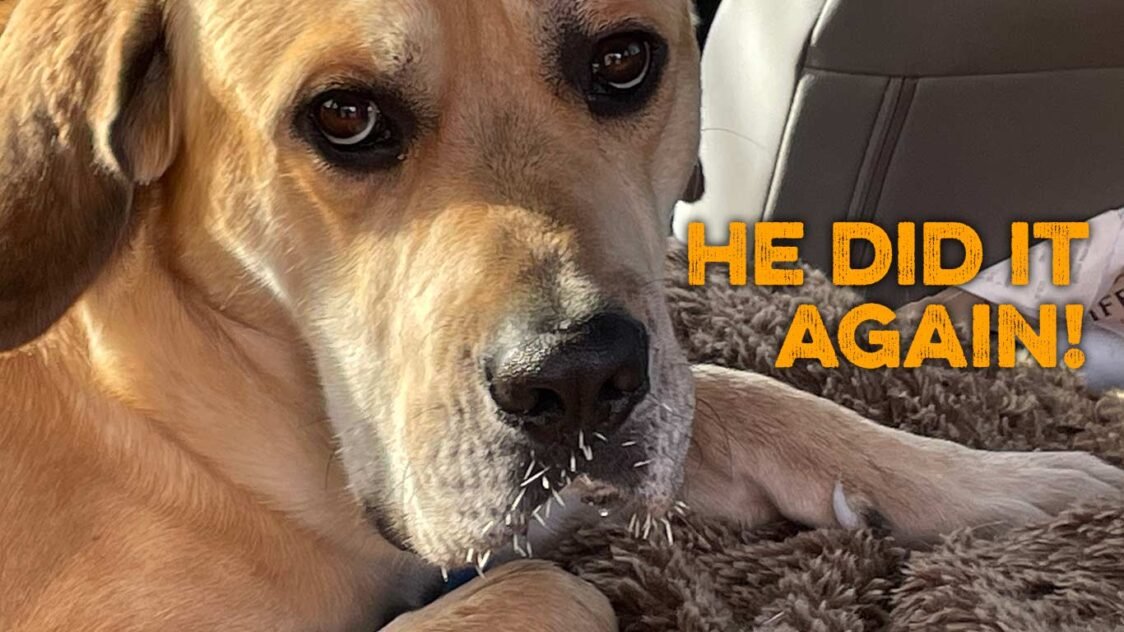 Last week I conducted a porcupine removal operation because not two days after his encounter last week, Hudson did it again.

The first time he came away with 49 quills. This time the count was a bit less, only 40 quills.

We knew by the size of the quills that it was a baby porcupine, or at least not fully grown. The vet said these small quills are harder to remove.

Easy for her to say. All she has to do is knock him out and start pulling. I, on the other hand, have to wrestle him to the ground while The Missus attempts to snag the tiny things with needle nose pliers while avoiding whiskers. At one point Hudson stood up with me on his back and started bucking me off. So, yeah, after trying to subdue 110 Pounds of Struggle, I agree with the vet, those little quills are hard to remove.

And after two expensive trips to the vet in three days, I knew it was time to solve this problem.

I had to find the porcupine and either kill it, or move it.

It was easy to find. The neighbor's dogs were barking down in a ravine behind our house. So I just followed the noise and there it was.

The porcupine was little, slightly bigger than a softball, but smaller than a volleyball. It had wedged itself between the roots of a bush and was trying to dig a hole to escape the dogs.

One look and I knew why the quill count was decreasing. The little fella had been under attack all week and was severely short of ammo. His back had a severe case of male pattern baldness, as well as his tail. 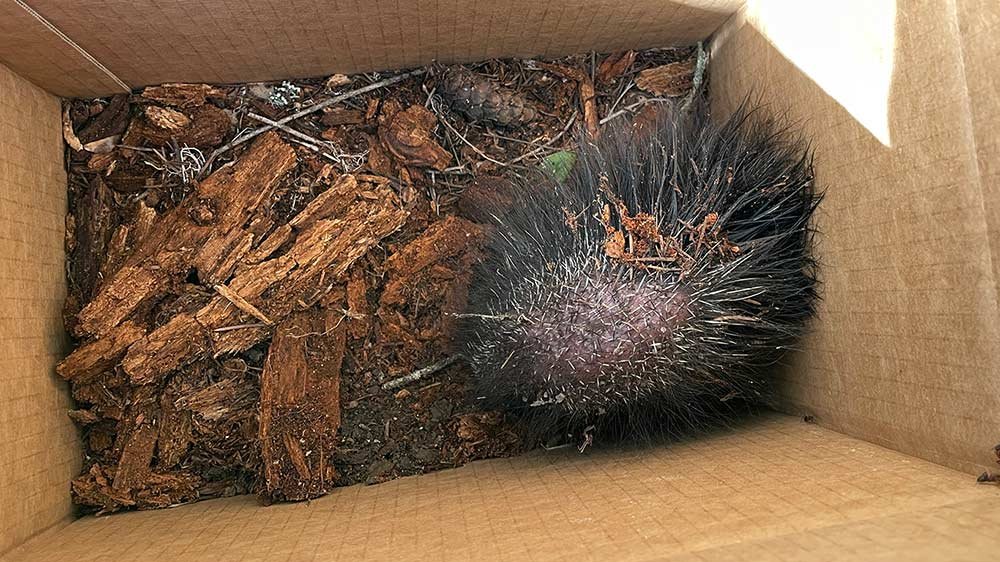 Patch had a really tough week.

He'd had a pretty rough week, and taking pity on him, I decided I didn't want to make it worse.

Using a shovel, I scooped him up and dropped him into a box.

Shooing the dogs away and sending them home, I walked about a mile to a location we seldom go with the dogs. I found a place near lots of young pine trees and a seasonal water source that was dry at the moment, but with rains coming the next day, it would do.

I let "Patch" out of the box and sent him on his way. Hopefully the experience didn't traumatize him too much, and I hope his quills grow back soon.

I remember talking to one of my neighbors once and he said he hated porcupines and killed them whenever he saw them. His reason was that they kill the trees.

That made no sense to me because I've only ever seen porcupines in pine trees. And around here, pine trees grow like weeds.

If he was worried about losing pine trees, he should be more worried about pine beetles that can kill a whole stand, rather than the random porcupine.

Every critter serves a purpose out here, even porcupines. My attitude is that it's best to make accommodations for them whenever possible.

As irritated as I was about it, I knew Patch didn't mean to make me spend nearly $700 last week. The fault wasn't even with my slow-learning dog.

They were both just doing what they do. If that's too much of a problem for me, I have no business having a big dog or living out here.

By moving it so far away, I removed it from its mother's territory and its only food source.

I feel terrible about this. Really. But there's really no way I could let it stay where it was. The dogs were having way too much expensive fun, and they would have found it again if I'd moved it a short distance.

I doubt it survived. Having read up on porcupines, Patch was probably just a baby, maybe two months old. So it looks like I'm worse than my porcupine killing neighbor. I kill 'em too, just slowly. And only the babies.

It seems the best intentions, absent knowledge, are dangerous. I'm an idiot.