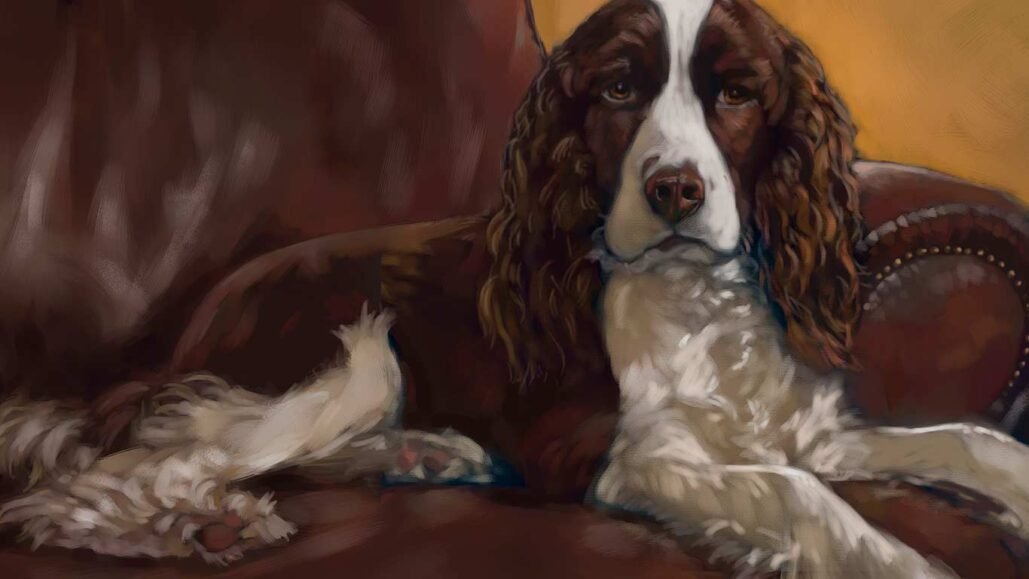 This is Gracie, a lovely English Springer Spaniel whose portrait I painted last year as a Christmas commission. Her portrait was a companion piece to Bandit, who I featured a couple weeks ago.

Like Bandit, I originally planned to tighten the composition so it was centered on her face, but the owner wanted to see the full dog, so I was happy to comply. It gave me a chance to practice painting leather.

The tricky part with English Springer Spaniels is getting those flowing locks painted just right. Fortunately, the owner supplied a good photo taken in suitable lighting conditions (no flash, and a good light source from the right). This gave me all I needed to capture the light and dark of those curly tresses.

The background in the photo didn't do much for me. It was mostly shelves with typical household items. I didn't want anything to distract from Gracie and the lovely leather, so I calmed the background down with a warm yellow hue. Adding the corner brought some depth to the scene. It also gave me a chance to put the brightest background color behind Gracie's head, making it the center of interest. 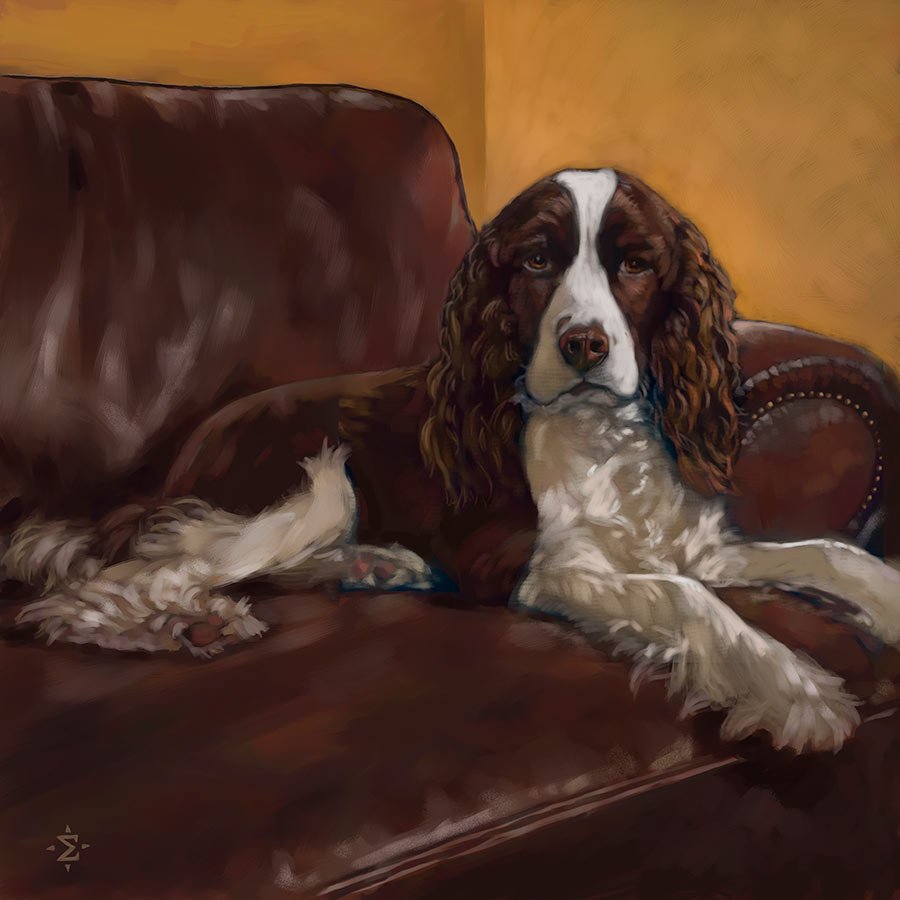 Looks to me like Gracie's been on that couch before.

Painting a good portrait is all about making good decisions. That's why I always ask for multiple photos. I want the freedom to make creative choices regarding pose, lighting, and backgrounds. Multiple photos gives me that freedom.

In a way, having several photos also gives me a sense of the pet's character. I feel more confident making portrait decisions when I know the subject better.

Of course, in the instance of Gracie, the one photo was all I needed.

Sometimes I get lucky that way.

Even so, depending on one photo makes me nervous. I'd rather have at least four or five. As a compromise, I've updated my order form to require at least two photos. At the very least, that should ease my worries somewhat.

If you like my pet portraits, chances are you know someone who would also enjoy them. Please consider sharing this post (use the buttons below). I don't do much social media posting. That's intentional because I need to spend most my time painting (and also because I'm terrible at social media – I really am!). Your help spreading the word about PetArtWorks is greatly appreciated.