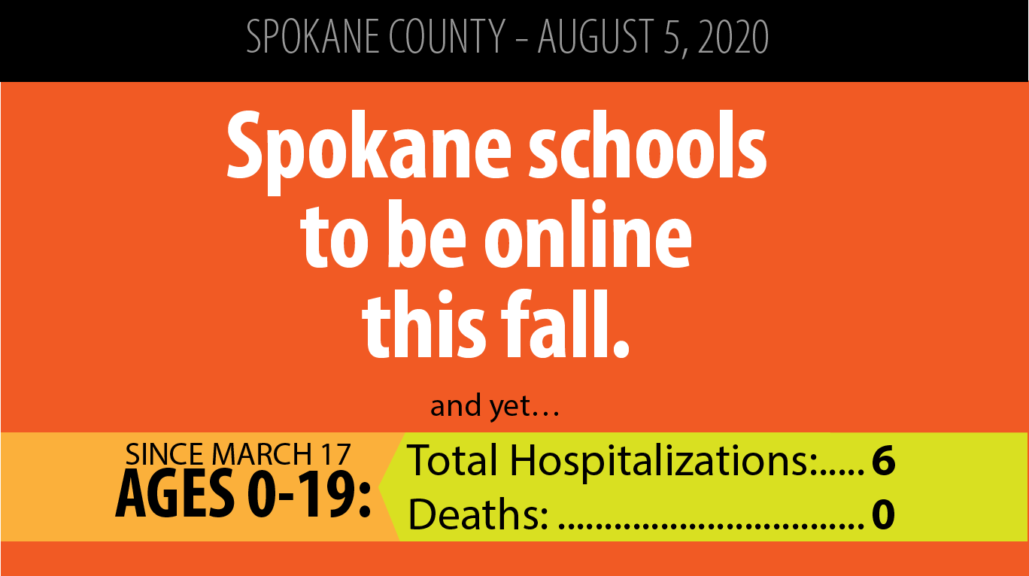 On Monday, August 3, Spokane Schools announced their decision to conduct all classes online in the fall. They did this due to fears of the spread of Kung Flu.

I looked up the county statistics on August 5 and found in the four and a half months they have been monitoring the Wuhan Lung Rot, there have been a total of six hospitalizations and zero deaths in the 0-19 age range in all of Spokane County. That’s right. Not a single death of a child since March. And they closed the schools anyway.

Not the least bit surprised by that information, I made a meme (see above).

Almost immediately on Fakebook I received a comment from an American communist (of whom I’ve written before) living in Vietnam:

This is ignorant on so many levels that I can't believe I even have to comment.Some Communist

“Why would he ‘have to’ comment?” I wondered. “Was he forced to do so by some communist edict, like when our local aparatchiks tell us we must wear masks?”

Leaving aside any possible Vietnamese laws requiring comments in spite of one’s disbelief (?), at first I was unsure if it was an insult or a compliment. I sometimes have trouble detecting the subtle nuances in poorly formatted low-information statements, particularly when made by communist fools. After spending many seconds analyzing the statement, in the end I decided it was probably an insult.

Having offended a communist, I considered it a day well spent and prepared to hang up my keyboard for the night.

I couldn’t let it go

In truth, I don’t like discussions on Fakebook because the format is the opposite of logical for following a discussion. So I instead posted my response here where I control the format, and where communists can’t respond because I’ve closed comments! HA! Take that, you stinking Marxist! If I like it I may post it to Fakebook just to see what happens, but in the end who cares what a communist thinks?

Here’s my response (note for context, I begin with the comment itself).

“This is ignorant on so many levels that I can't believe I even have to comment.”

I know, Dude! It’s like, um, kids should really be going to school, Brah! Glad you agree!

And what is it with un-elected bureaucrats? I mean, they never face the verdict of voters, so they aren’t directly accountable for their actions; but they’re also incredibly risk-averse, so they’re constantly covering their asses.

Here in Spokane, we’ve got a doctor calling the shots for the whole county. One guy. He acts like you’d expect a doctor with over 500,000 patients to act: He’s solely focused on preventing us all from contracting the Chinese Double Lung Suck Virus. That’s his job.

Is that good? Perhaps if we were living in a simulation where the Bat Stew Flu was the only variable.

Unfortunately, our world is full of variables and risks of which the good doctor can remain ignorant.

In ordering schools closed, he can remain ignorant about variables such as single working mothers having to choose between a job or caring for their kids because schools are closed. He need not concern himself with the loss of nutritional school-provided meals for low-income kids. Nor does he need to worry about the mental hardship of denying young developing minds regular social interaction. He can even ignore the long-term negative psychological effects in the minds of children caused by instilling a deep and irrational fear of invisible nonexistent threats and the accompanying dread of living life outside a sterile bubble.

Increased teenage suicides? Not his problem.

Higher rates of child abuse? Sorry, his plate is full.

More drug addiction? More overdoses? Hey, he wishes he could help, but…

He has one narrowly-focused job. He only need concern himself with preventing the spread of a virus that, so far, has proven fatal to precisely ZERO children in Spokane County.

He doesn’t need to weigh the Costs/Benefits of closing schools, he only needs to order them closed because – OMG!!!! – there exists a non-zero chance of infection.

That's ignorance of a kind only a government bureaucrat can provide.

This all must be terribly disappointing to the communist who commented above. I don't think this is the ignorance he had in mind. 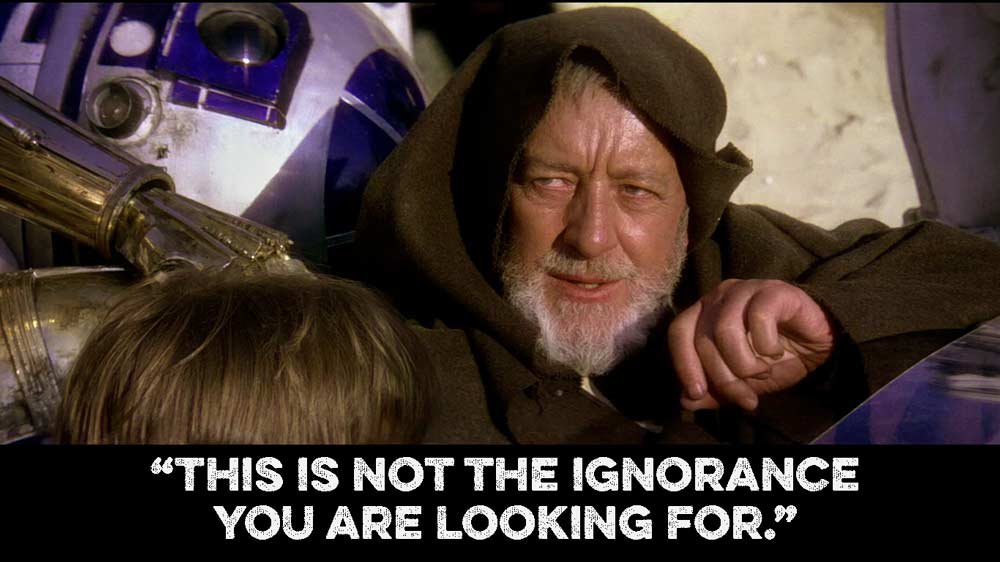 “But if one child dies…”

Yes. Every child’s death is tragic. As of June 17, in the United States, 26 children died from the Wuhan Stew Flu. That’s a very sad CDC statistic.

But consider this: The CDC estimated 600 children died from influenza during the 2017-2018 flu season, and schools never shut down.

So, closing the schools was based on what, exactly?

Real Science? Not a chance in hell.