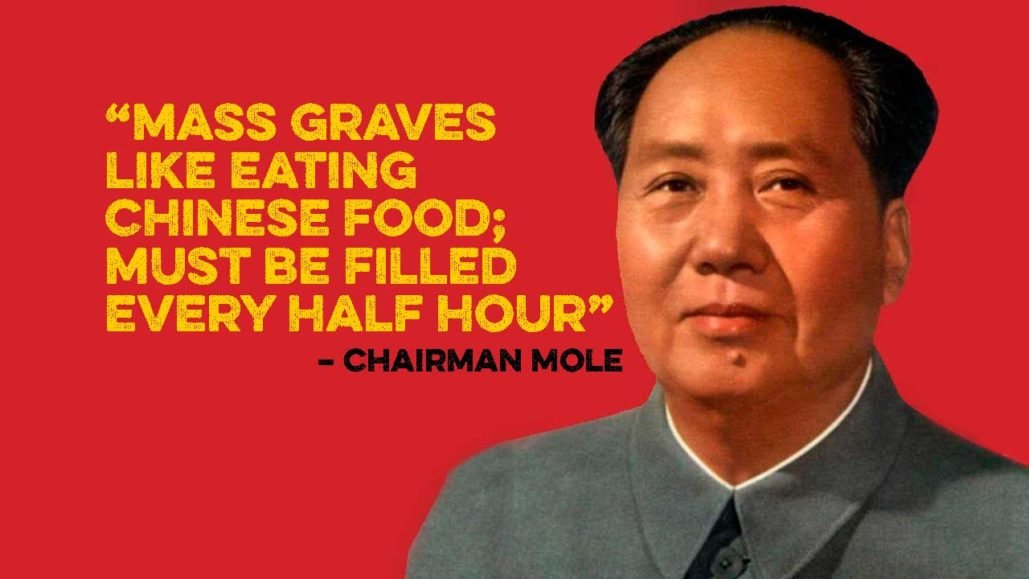 The blank stare I gave him in response suggested the need for more information.

“About gun ownership,” he added.

Here we go, I thought.

In the next few minutes, he regaled me with his deep and abiding hatred of gun violence.

Golly! I hate gun violence too! Perhaps we are kindred spirits.

He went on to briefly describe how his colleagues – fellow teachers and students in Vietnam – are afraid to set foot in American schools because of all the shootings.

“Well, there are reasons why…” I began.

“NO! Don’t give me ‘reasons’! It’s about fear and violence because of all the guns.”

Oh! So he’s going with emotions. Perhaps we’re not kindred spirits after all.

I said, “I agree we live in a culture that glorifies violence to an extent. There’s movies, TV, video games…”

“It’s not video games! It’s just not!” he barked. “We’ve got the same video games in Vietnam and nobody is afraid to go to school.”

“What I was starting to say, is that with the breakdown of the family, and rise of moral relativism, the only real mentor many kids have is the ethics they find in movies, tv, video games…”

“Stop with the video games! I’m telling you that has nothing to do with the violence in schools!”

“…and gangs. So it’s regrettable but not surprising that…”

“Look! It’s all the guns. That’s the problem. And the NRA is a terrorist organization that promotes violence.”

“I believe this with all my heart. Trust me. I’m totally serious when I say that everyone in the NRA should be killed. Executed. Drawn and quartered.”

Thanks for the warning.

“And you’ve just said,” I continued, “that I and everyone who thinks like me should be killed. So thank you. You’ve just convinced me to never surrender my guns.”

Well, that was interesting…

How do you discuss anything with someone who has just said he wants you dead? How do you maintain calm, rational discourse with a person when they speak in emotional pablum?

You can’t. Rational discussion was impossible at that point. But I kept my cool. We were just talking, after all.

How do you get to the point in your life where you find differing opinions so hard to defeat you have no other option but to wish death on all the holders of those opinions? I don’t have the words to describe the revulsion I feel at the idea that holding certain viewpoints should be punished by death. He’s supposedly a smart guy. Surely he knows that’s been tried before. Repeatedly. By guys named Joe and Mao, among others.

Did he mean it for real – the part where he has me killed? He was certainly emphatic enough.

I don’t know. But certainty isn’t necessary: He said it and he said he meant it. He wasn’t joking. That should be good enough.

History shows that when someone says they want you dead, you should believe them.

Fortunately, his hoped for Glorious Revolution hasn’t progressed far enough for my communist friend to freely act out his wishes. It’s getting close, but fortunately there are still standards of decency and a remnant of law and order here in Hicksville and other parts of the United States.

He has since returned back to the communist paradise of Vietnam, but I imagine he is eagerly watching what’s happening in the U.S. from afar. And perhaps he is thinking the tide is turning and that soon, here in America, his fellow Marxists, Maoists, and Associated Psychopaths will begin The Purge of all the bad people who hold WrongThoughts.

I would remind him and all those who long for a nation free of WrongThought that the U.S. is a very big place, filled with freedom loving citzens with guns who, fortunately, also possess a great and enduring patience. That patience is not endless, however.

I think Larry Correias’ friend said it best (in a very interesting post that you should read in whole):

“for most people on the left political violence is a knob, and they can turn the heat up and down, with things like protests, and riots, all the way up to destruction of property, and sometimes murder… But for the vast majority of folks on the right, it’s an OFF and ON switch. And the settings are Vote or Shoot Fucking Everybody.  And believe me, you really don’t want that switch to get flipped…”Larry Correia – Monster Hunter Nation Blog

Here’s a visual aid to put that concept into current terms:

I’m not saying I want this, or that I’m gonna start shooting anybody. That’s not how I roll, and the idea horrifies me. But as a society, I think we’re at the point where lots of very good people – people who possess skills and training far beyond this fat-assed civilian’s – are beginning to think and plan for a time, perhaps very soon, when our way of life will be in such serious jeopardy, the only hope to save it will be to Flip That Switch.

I hope it doesn't come to that, but there are no guarantees in this life. Right now, we're seeing many elected officials, having sworn an oath to Protect and Defend the Constitution who are ignoring that oath and in some cases even flagrantly attempting to undermine it. If that continues, the Second Amendment will be the only thing separating us from tyranny. And it will be in our hands to protect freedom.

It's frightening, but this is precisely why the Second Amendment exists.

Never in a million years would I have thought I'd live to see this happen in America. That a friend obliquely threatens my life because of my opinions; that the country goes completely nuts; that communists are allowed to riot and destroy without consequences; that our history is wiped away without complaint; and that I'm starting to wonder how long before the shooting starts.