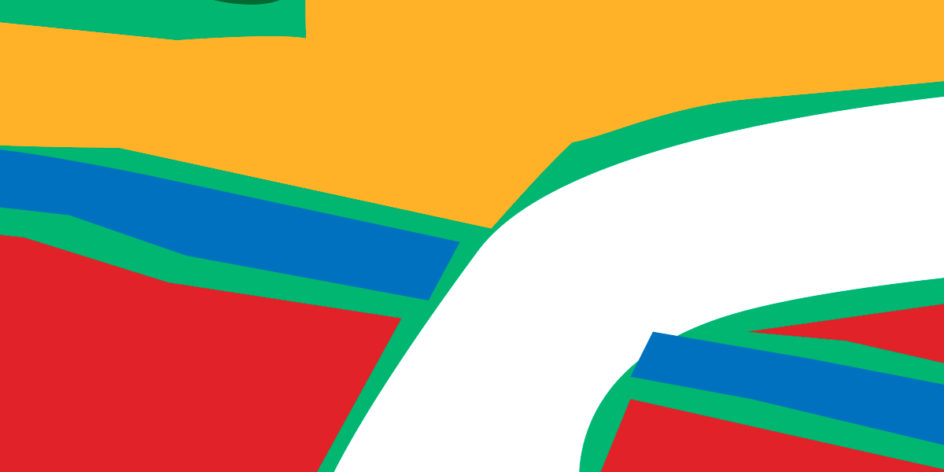 Late last year, The Missus signed us on to a program run by the state of Washington's Department of Natural Resources to help prevent wildfires and promote healthy forests. The program pays landowners who selectively thin their forests, eliminating areas of dense overgrowth and leaving space for established trees and allowing for small patches of dense cover for wildlife habitat.

After you sign on to the program, a forester from the DNR comes out and walks the property with you and evaluates the forest, ultimately mapping the areas in need of thinning. A contract is drawn up that includes terms of completion, a non-negotiable date of completion, and a maximum payment for the affected acreage. After that it's up to the landowner to get it done by either hiring a crew or doing it themselves.

Now, I hate the idea of allowing anyone from the government onto my land. The last thing I want is some nosy government doofus telling me what to do with my property. In my opinion, the government already does far too much of that, and I'm not the sort of person who wants the government in my business for any reason.

Maybe that's why The Missus didn't ask me. She just signed us up.

"Great," I said, "now I get to work twice for that money. Once in order to pay my taxes, and again after I cut a bunch of trees."

But there's no arguing with The Missus. Or, at least no way to argue and win.

In November the DNR guy came out and mapped out six of our ten acres that qualified for the program. We have to finish all six acres by May of 2023.

Now I've already done a lot of clearing over the twenty plus years we've lived here, in my leisurely style. I've cleared and mowed selective areas so that now four of those acres look like this: 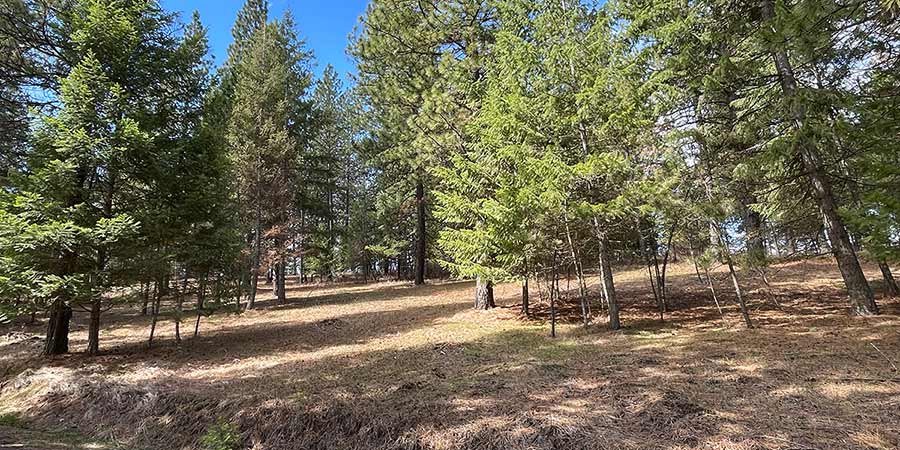 But with the contract The Missus signed, we had to up the pace, because the last six acres of our property look a lot like this: 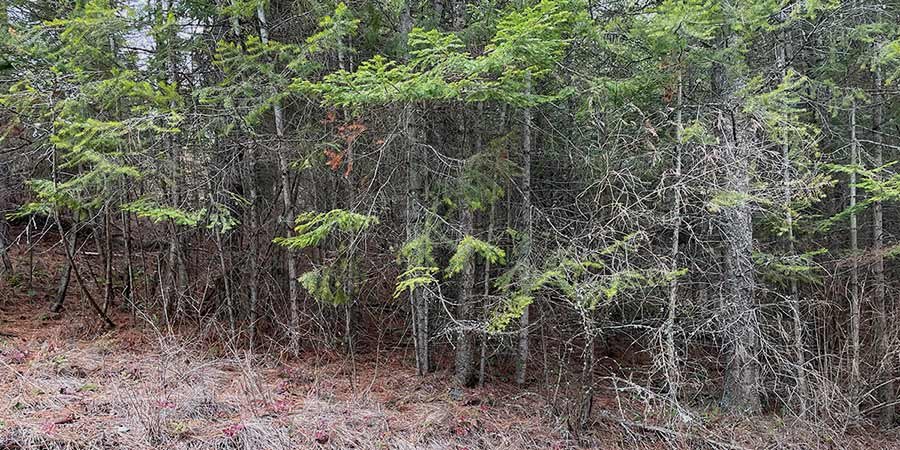 So we started working in January when the temperature was still in the low twenties.

Now, at the end of March, we've done a fair amount. I estimate we've cleared up almost half of the required six acres already. Here's a map showing what's been done so far, what we did this year, and the next phases in order to complete by the deadline. 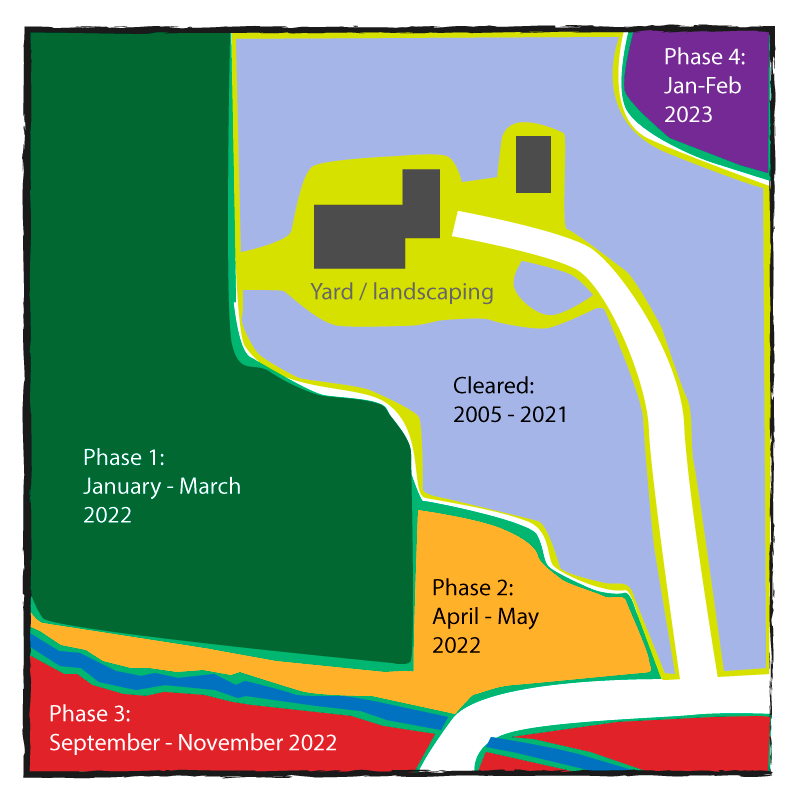 So far, no buried treasure. Believe me. I've looked.

The only thing left to do is burn all that slash. 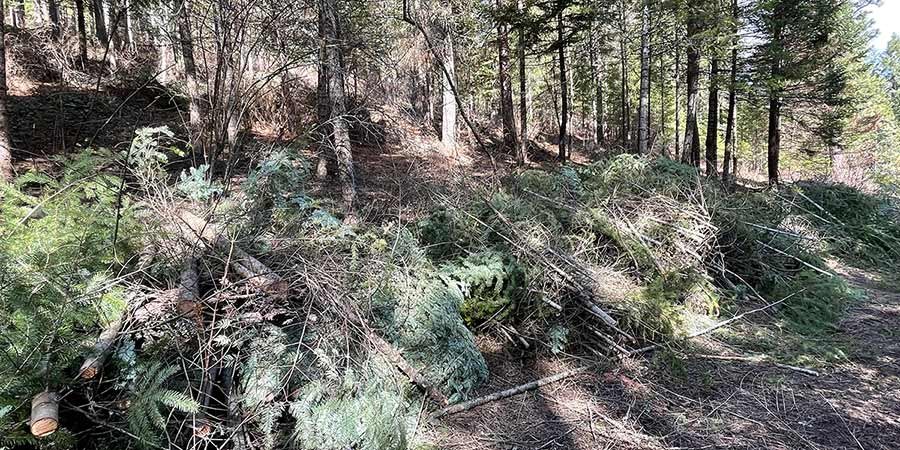 Big burn this weekend. If you come, bring hot dogs. Anyone bringing ketchup will be turned away.

So if you've been wondering why you haven't heard much from me lately. It's because I've been a little busy and will continue to be for some time.