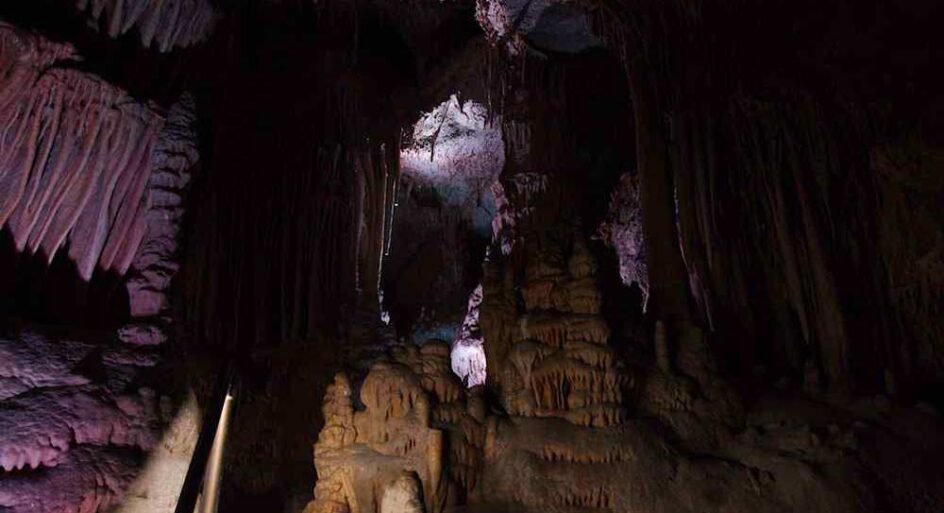 "The river now becomes more collected the islands, tho' numerous ar generally small. the river continues rapid and is from 90 to 120 yds. wide has a considerable quantity of timber in it's bottoms. towards evening the bottoms became much narrower and the timber much more scant." 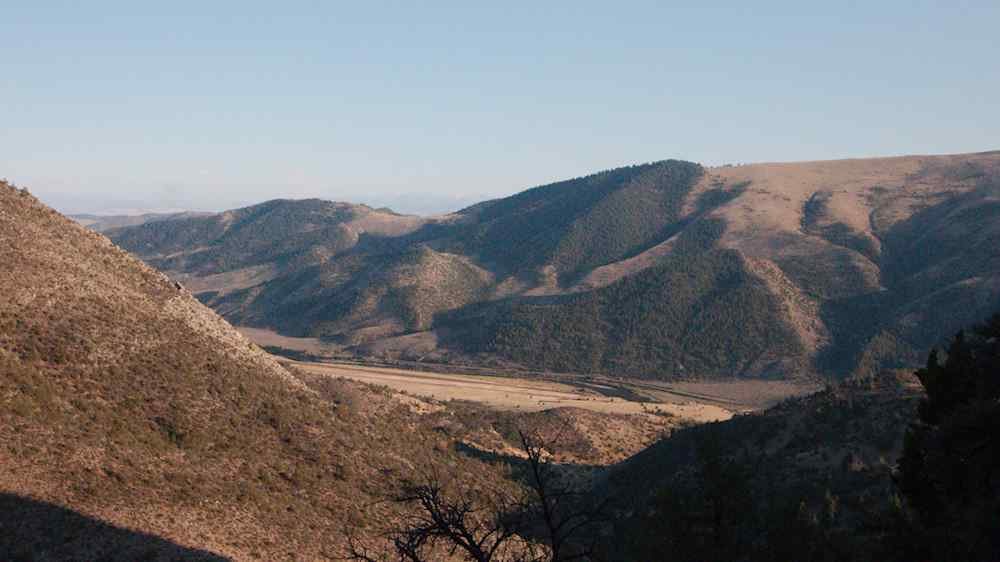 Looking towards the Jefferson river where Lewis & Clark camped

The Lewis & Clark Caverns are located on the Jefferson River, in Montana east of the Continental Divide.

It was within sight of the caverns that the Lewis & Clark expedition camped on July 31, 1805, though they did not know of the caverns' existence and soon continued on. The journal entry above describes a little of what Lewis saw that day.

The Jefferson River is one of three headwaters to the Missouri River, the other's being the Madison and Gallatin rivers. To the northeast of the caverns, the three rivers meet near a place called, appropriately, Three Forks, Montana, forming the Missouri River.

Many names in this region harken back to that historic expedition of 1804-1806. Traveling through this area was like traveling in time for someone like me, whose head is easily filled with visions of what it must have been like to be among the first People of Pallor to set eyes on this region.

Our expedition to the Jefferson River was less arduous and much quicker than Lewis and Clark. Traveling by road in unbelievable luxury (comparatively) we left Cody, Wyoming on the morning of September 14 and arrived at Lewis & Clark State Park early that afternoon.

Eager to explore the caverns, we went to meet our group for a guided tour, leaving Beorn and Hudson ensconced in air-conditioned comfort in our T@G camper. 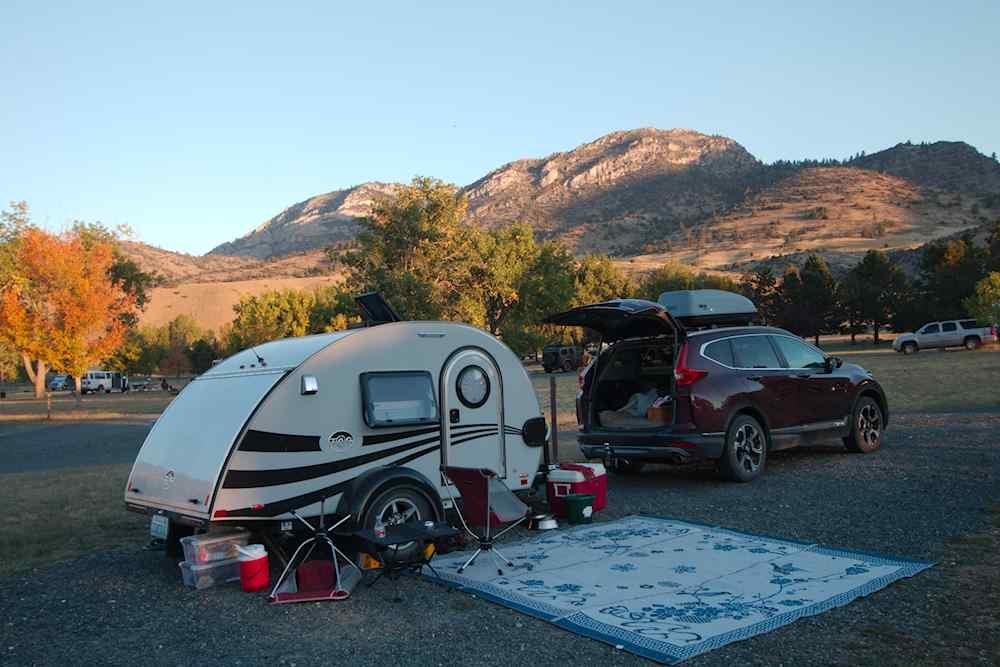 If this trailer is barkin', don't bother parkin'!

It took me a few experiments to get the camera settings right for such a dim place, and I didn't want to use a flash, which added a difficulty factor. Nevertheless, I did get some decent shots.

Here some of my photos of the Lewis & Clark Caverns: 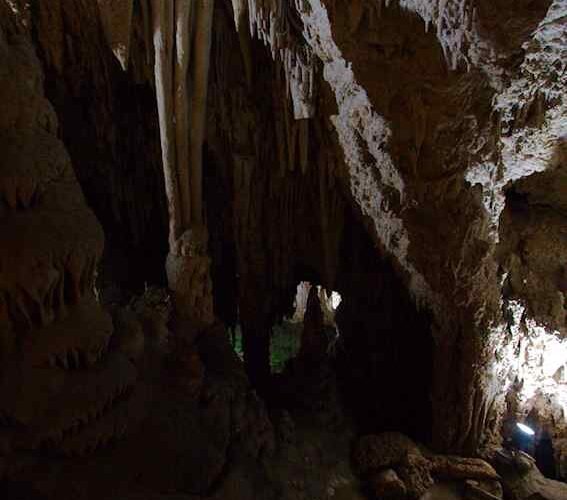 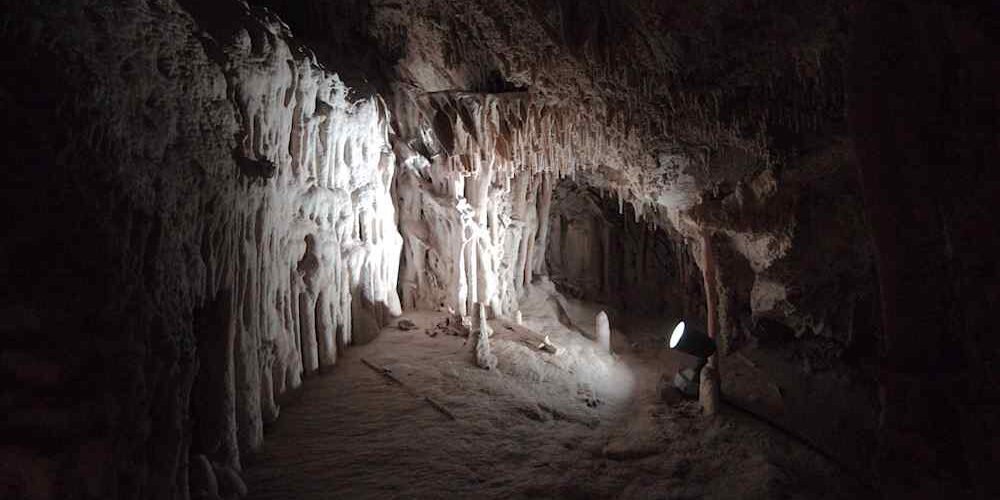 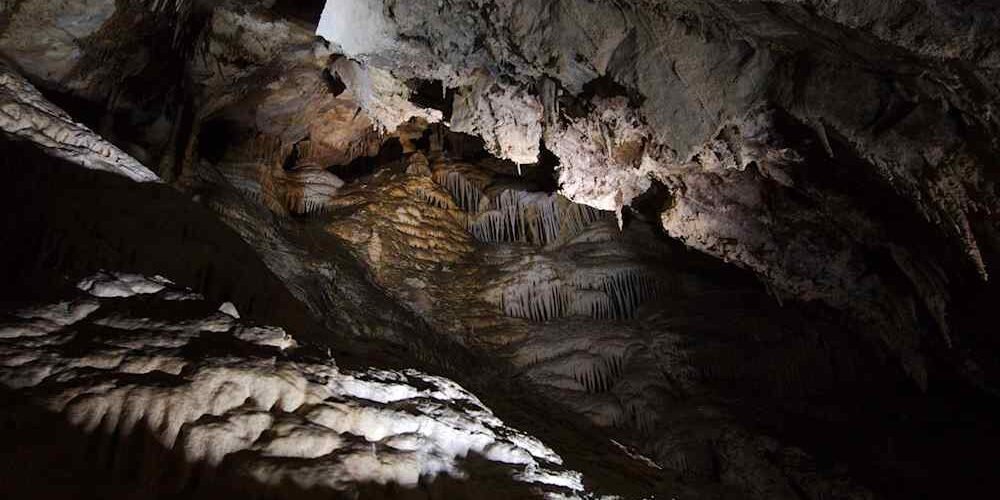 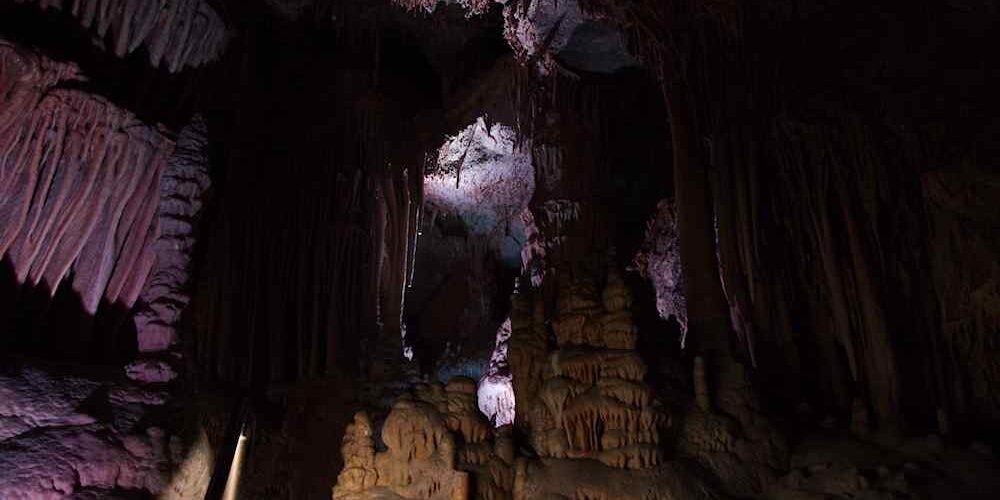 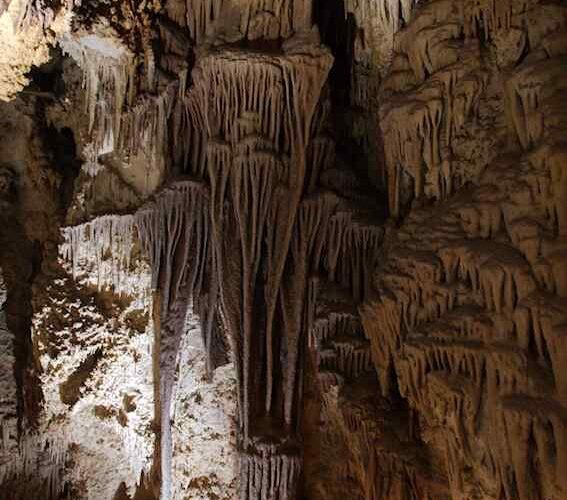 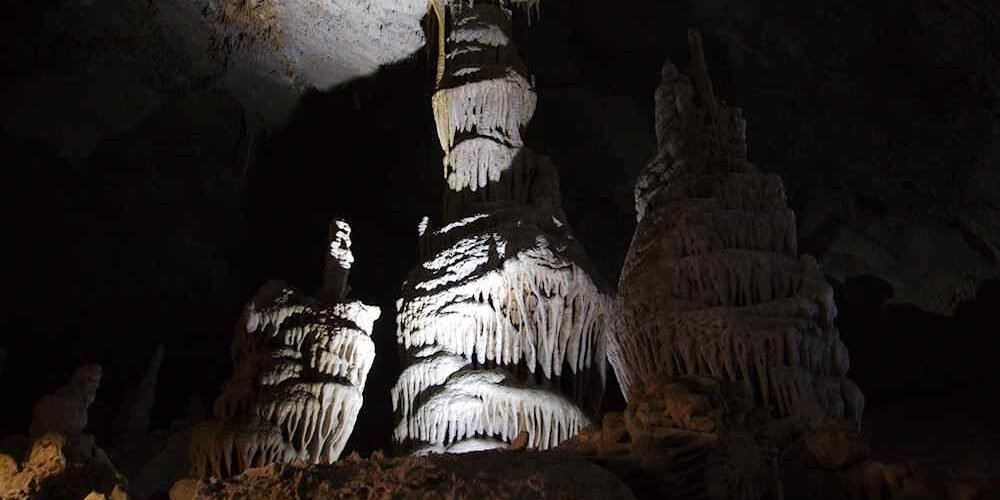 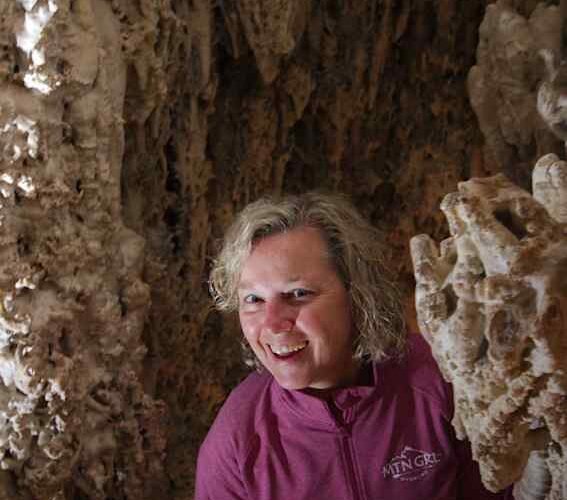 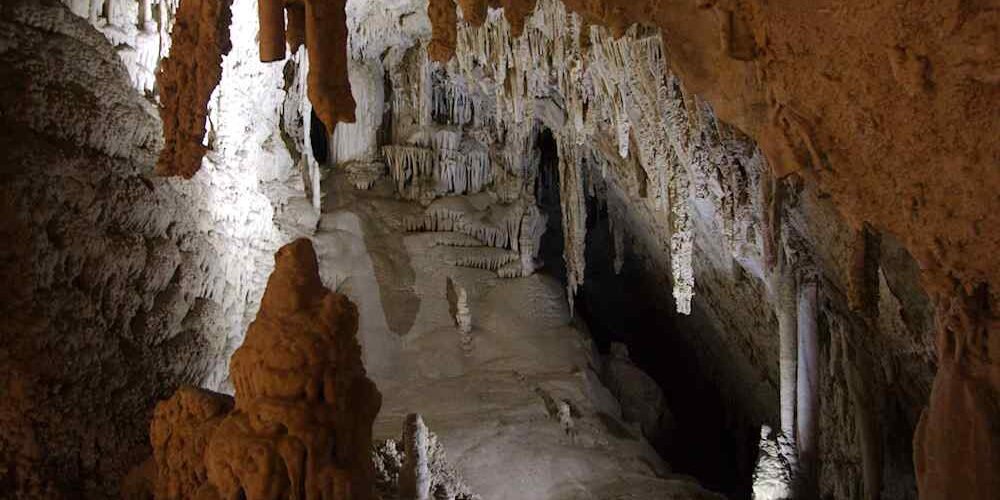 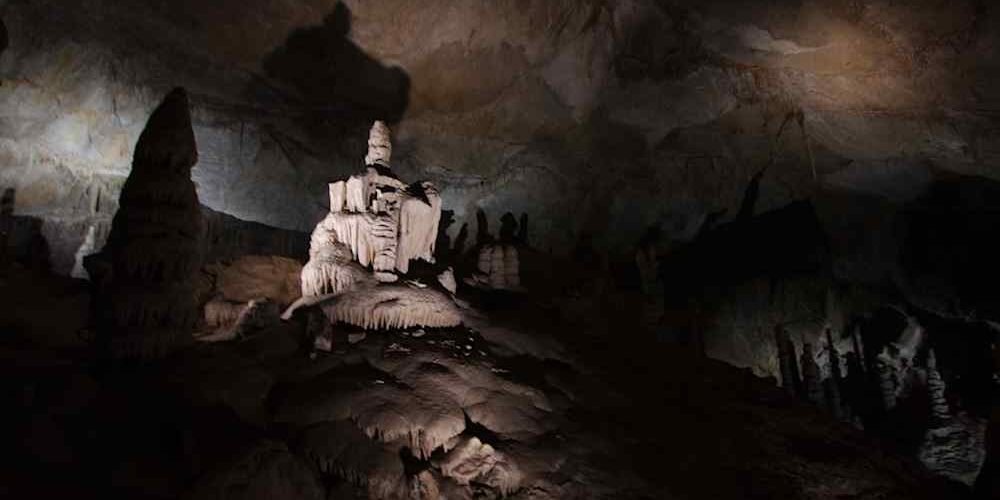 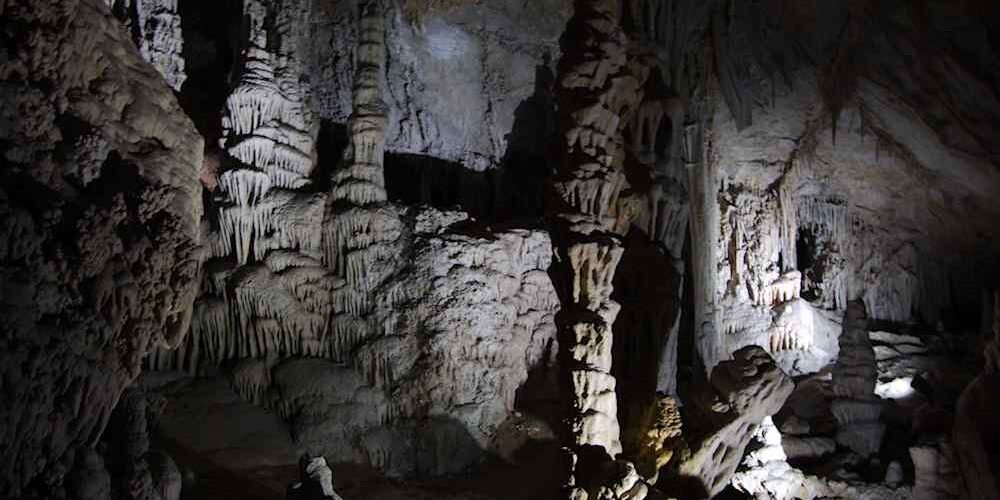 The Missus was thoroughly enthralled by the underground magnificence of this place. I was quite entranced as well, though I think working the camera distracted me a bit from fully experiencing the wonder of the caverns. That's the trade-off with gadgets – sometimes you spend too much time playing with 'em and miss out on the richness of living.

This was the last day of our seven day vacation, and the dogs were ready to go home. I could tell because they just kept staring to the west. 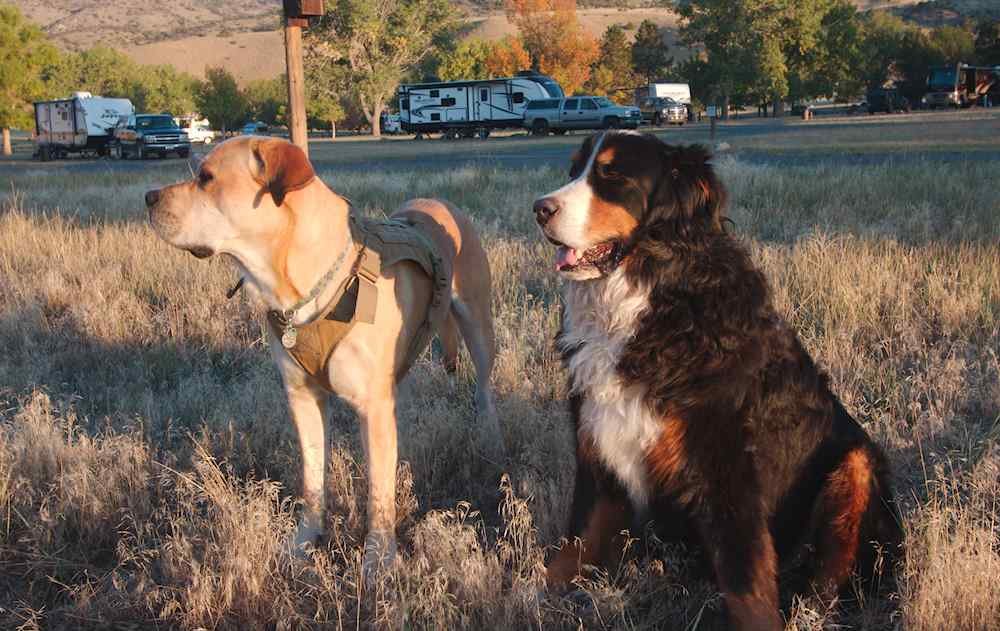 Our boys were ready to head home

It was our last night spent in the cool silence of the Jefferson River valley. That night as I took Hudson and Beorn out for their nightly and, afterwards, having hustled them back in bed, I stood outside the camper and looked up. For fifteen minutes I stood gazing at the heavens and more stars than I have ever seen before.

I went to bed that night, warmed by the dogs and pleased at having seen, in one day, wonders both above and below.

The next morning we ate, cleaned up, packed, gave the dogs their exercise, then loaded up and headed home. 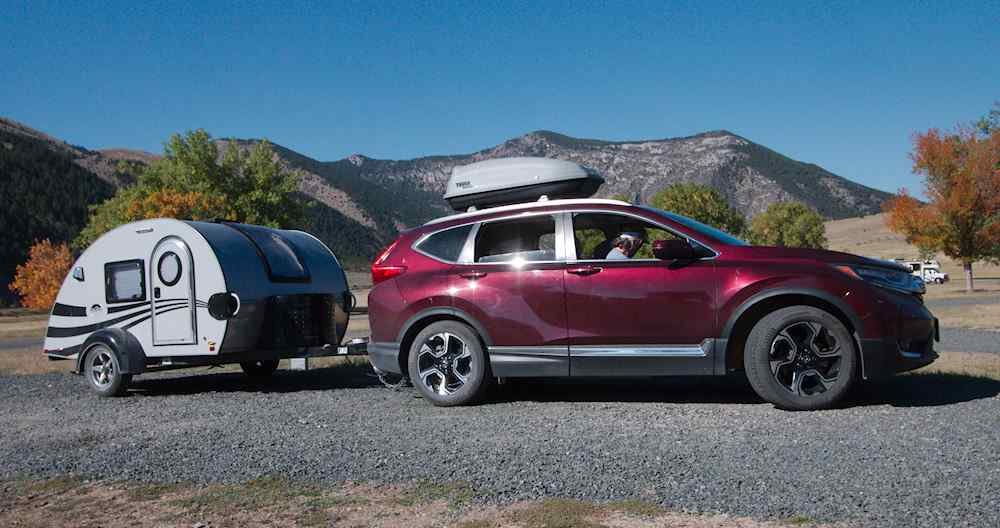 Packed up and ready to roll.

What a great trip!

(Between this post and my previous vacation post, I've only covered the beginning and end, mostly. I'll be filling in the middle with future posts.)