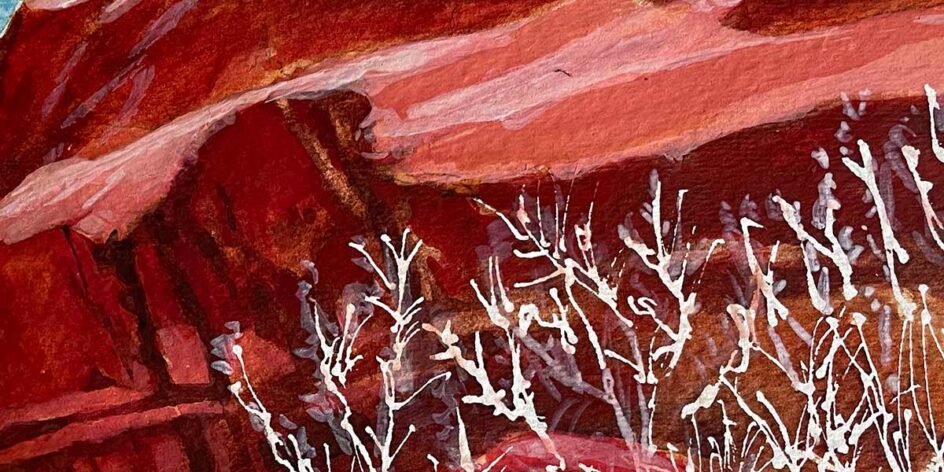 I don't have a lot to say except my failures are starting to look better. Not good. Just better than before.

There are quite a few things I need to work on, among them:

There's more, but I'll leave it there.

Here's my latest, Failure #13. It's flaws are just about everything on the list above. 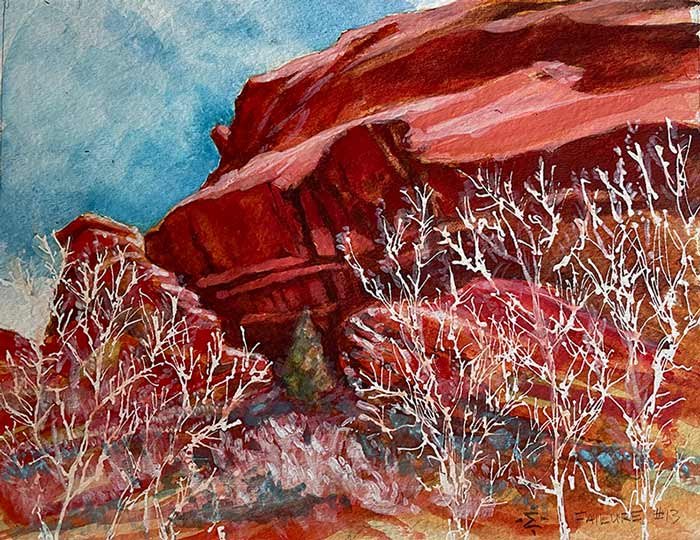 That stupid little tree should have been deleted early. You can see I resorted to opaque gouache as a last resort to cover my overworked watercolors. Those foreground bushes are a mess of bad masking fluid. The blue sky doesn't work very well with the overall painting (should be lighter and maybe a little more turquoise). The rock formation isn't sharp enough – too much re-working has destroyed the crisp edges. And don't get me started on the weird foreground (what the hell was I thinking?).

I could go on and on, but it's done. I'll toss it in the drawer and begin a new one tomorrow.

Blogging may be light while I'm in watercolor camp. I get very focused on the project and it's hard to think about writing.