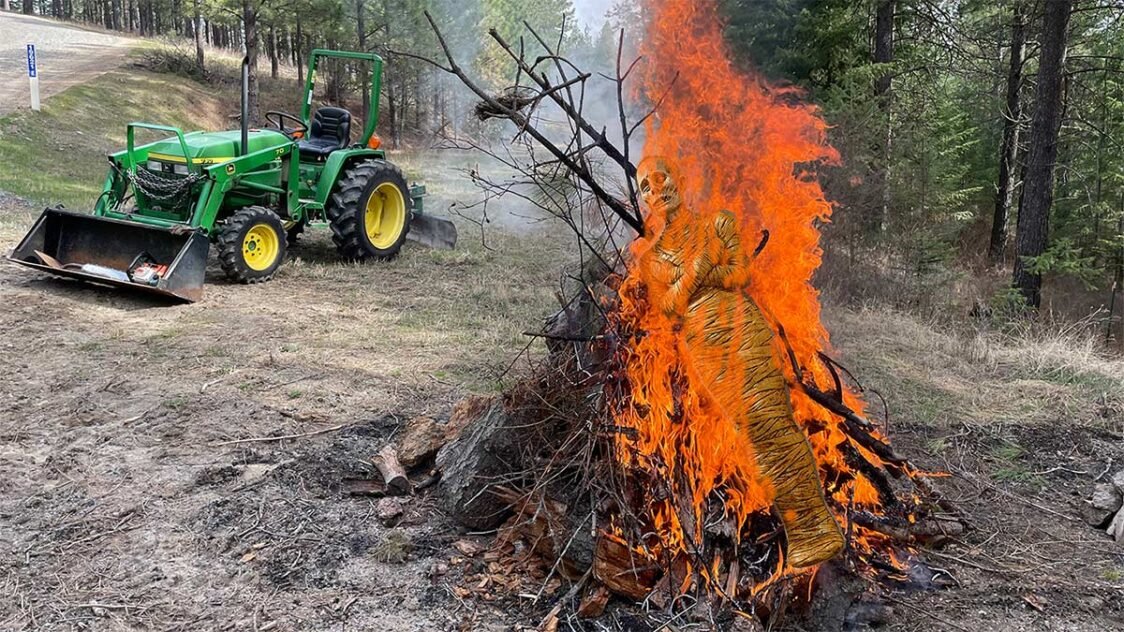 I like the idea of a Viking Funeral. They're considering legalizing them in Maine, and that's great. We should do the same here in Washington.

Out here on The Mountain (that's what we we call our wooded compound), we have lots of bonfires in Fall, Winter and Spring. There's always wood and slash to burn.

Trees die and get cut down and if they are too rotten for firewood they get tossed into a pile for the next bonfire.

We don't burn from May - September. It's too dry for burns.

But that gives us about 7 months for burning. It's a great Saturday morning activity, setting off a big burn pile. If you've got a body lying around (and who doesn't?) I wouldn't mind loading it into my tractor bucket and dropping it on top of the fire if there's money in it.

I might even do it for free if there's a keg involved. And if the price is right, I'll even provide hotdogs and marshmallows for the mourners. They'll have to bring their own sticks, however.

The Mayor of Chicago (who some think looks like Groot, but I think looks like a retarded Muppet), citing the need to be inclusive, will exclude straight white reporters from personal interviews.

America is a place, and has been for some time, where some words now mean the actual opposite of what they used to mean. Inclusion now means exclusion. Fair is about being unfair, and Equality is about denying it to some.

Inclusion (in the new form) also applies to puppeteers. The Jim Henson school of puppetry issued a casting call for non-white puppeteers.

So there's another new career I can cross off the list.

The other day we got a glimpse of the extraordinary measures the Administration goes through to hide the fact their boss, Joe Biden, is a drooling, incompetent dolt in the grips of advanced dementia.

The press dutifully watched and filmed as Joe Biden drove into a parking lot in a new Ford electric truck to promote some massive expenditure on electric vehicles. Whatever.

The thing is, Joe Biden wasn't driving the truck.

Sure, he was sitting in the driver's seat. He was holding and turning a steering wheel. But in the video you can easily make out someone in the passenger seat using a second steering wheel. And at the end when Joe "drives" off, he clearly spins the wheel to the right, but the truck drives straight ahead because he's only pretending to drive, like a kid with a toy steering wheel.

Notice to America's enemies: There's never been a better time to make your move. 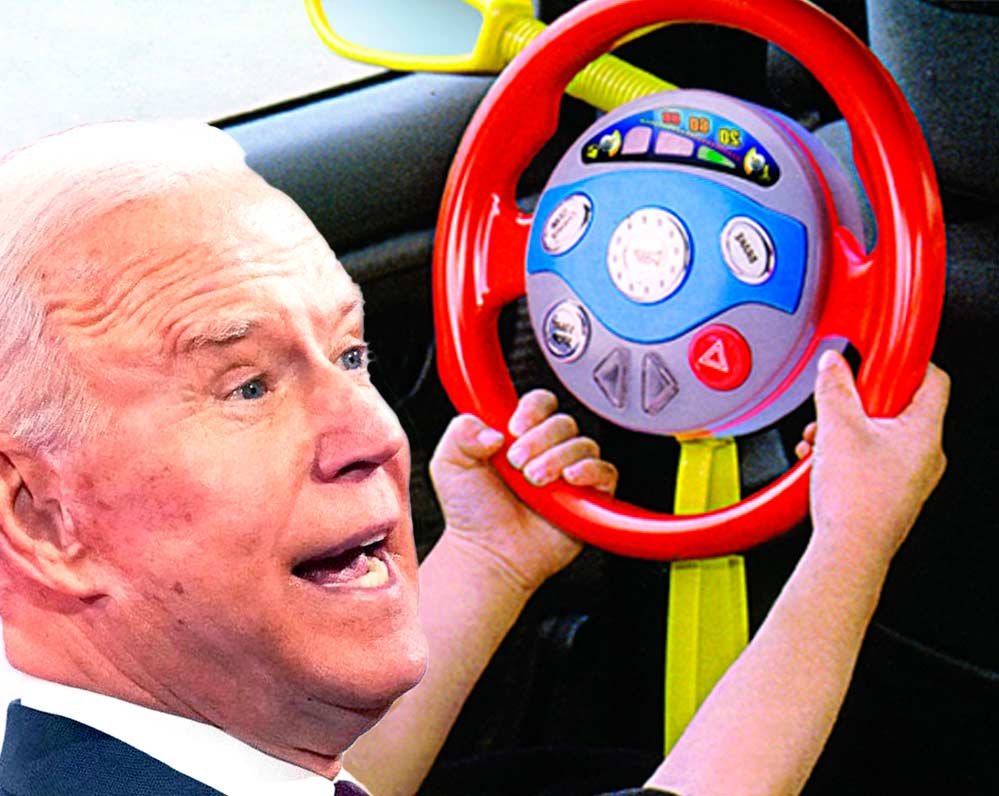