I'm tired of government fear tactics. I've tried to ignore them, but they keep pressing us down. Government wants to control our lives far too much. This puts me in a revolutionary frame of mind. More on that later.

But first, let's begin with an updated chart. 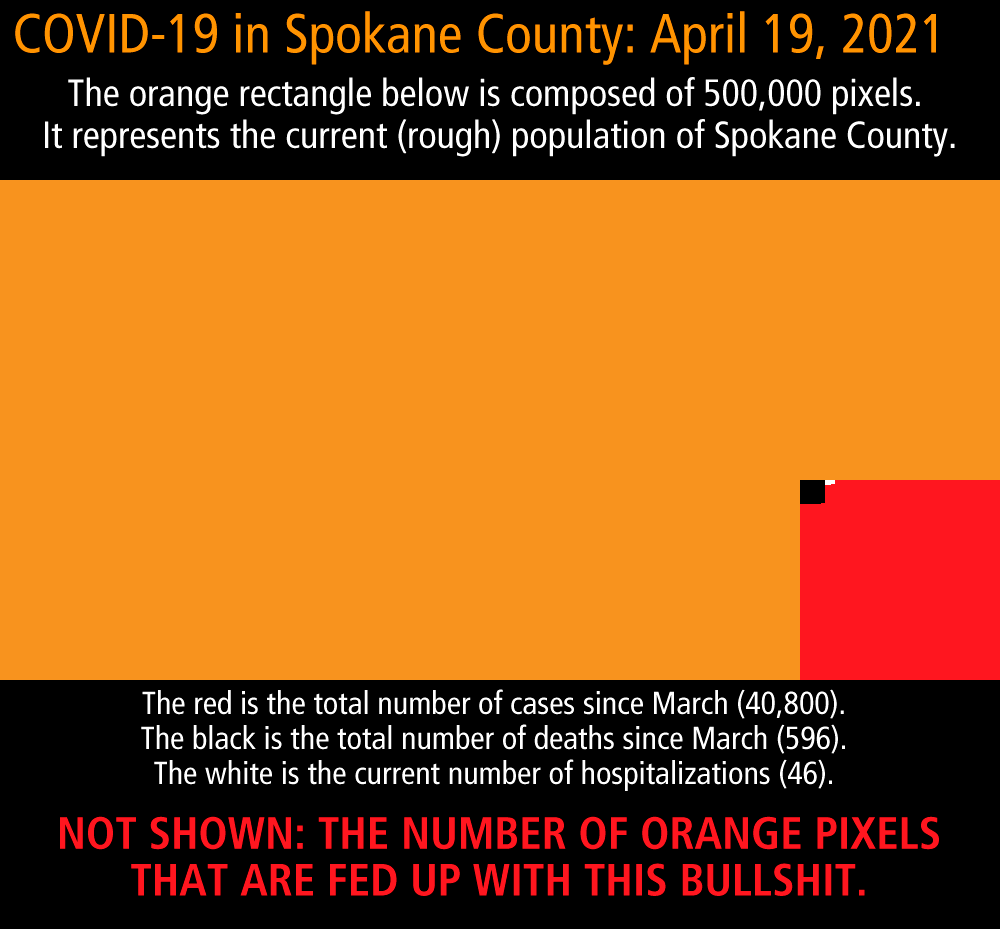 That big red patch looks scary. It's a cumulative number so the actual number of active cases is a lot less. In fact according to county stats, there are less than 3,000 active cases right now. The vast majority of cases have recovered. The number of dead is about .1% (that's one-tenth of one percent) of the population, and that includes many who died of other causes but also tested positive for Kung Flu.

Our government continues to work hard keeping fear alive. Why? Because a frightened populace is a compliant populace. The illogical obsession with case numbers continues, with the media stupidly playing along. Last week, the Dictator Governor rolled three counties back to the restrictive Phase 2, and threatened other counties.

Driving to Ellensburg last weekend, I saw D.O.T message boards with the phrase, "Vaccinated or Not – Mask Up."

The Nanny State is well and truly in charge. Still waiting for government permission to live your life? I've got some bad news: Government seldom, if ever, gives back what it has taken.

Fight For The Right To Party Like It's 1999 Luft Balloons!

The only solution I see is widespread defiance of government mandates. It's not easy, and the price of defiance can be high. But fighting for these little freedoms prepares us for the coming fight for the big freedoms.

And if you think those big freedoms aren't in danger, wake up and smell the authoritarianism.

Home of the Brave 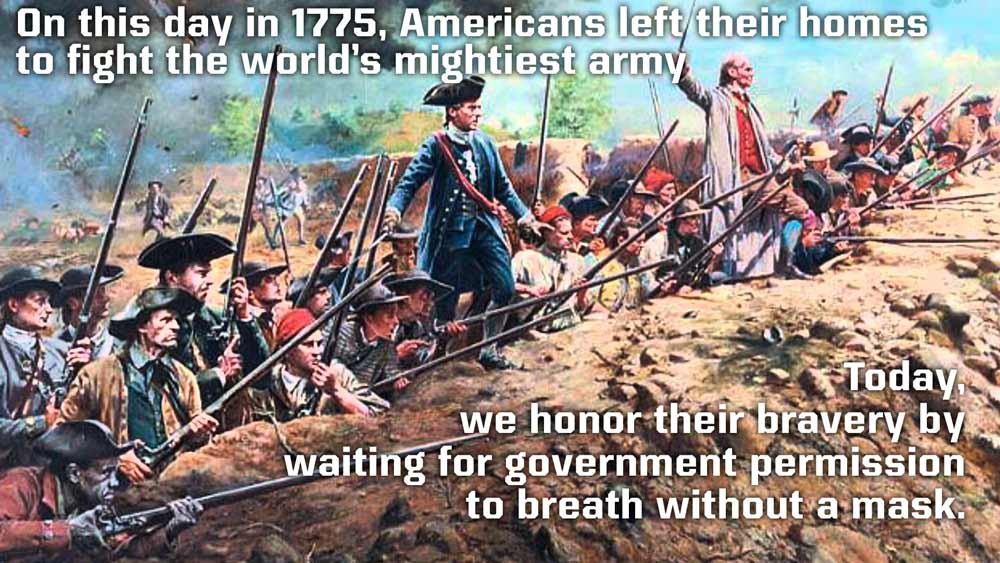 Do you like what you see on Almost Daily?

Then perhaps you would do me a big favor…

Please consider sharing this post on your social media account(s) using the convenient buttons below. Doing so helps spread my curmudgeonly views to a wider audience. Since I have Social Media Autism, a debilitating malady that I just made up, I'm congenitally incapable of understanding or properly using Facebook, Twitter, etc. myself.

So I desperately need your help. All it takes is a push of a button below. Thanks!

On Tractor Chains, Snowstorms, and a Thorny Question of Time