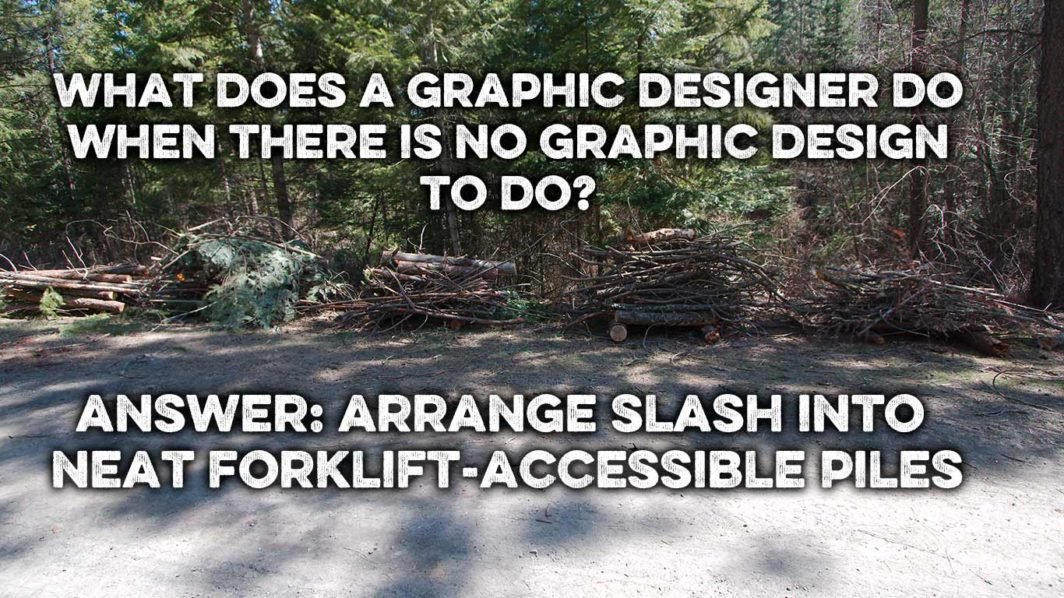 And after he finishes arranging slash piles, he spends a few minutes looking at stats and getting pissed off:

Governor Jay Inslee declared a state-wide shutdown of “non-essential” businesses on March 17 as well as a lockdown of all residents in their homes. A week or so later, he extended the order to be in effect until May 4.

I have no work. All my clients and potential clients are on lockdown, so I have no way of obtaining design work. Because most people are worried about the economy (because no one is working anymore), discretionary spending is waaaaay down, which kills my pet portrait business.

I’ve got no income and no prospects, and I’m not alone.

It’s common for many to claim that “even one death is too much” which is rubbish: We accept death in many areas of life because we understand that living involves risk. But when it comes to the economy, how much economic death are we willing to endure? How many lives are we willing to destroy economically?

I assure you many lives have been pushed to the brink of ruin because of this economic quarantine. Some have no doubt already been destroyed.

All because a “pandemic” has struck .046% of the local population, and .12% of the state population.

It’s time to ignore the government tyrants and get back to work. To hell with these assholes. They have no right to prevent us from our pursuit of happiness through work.