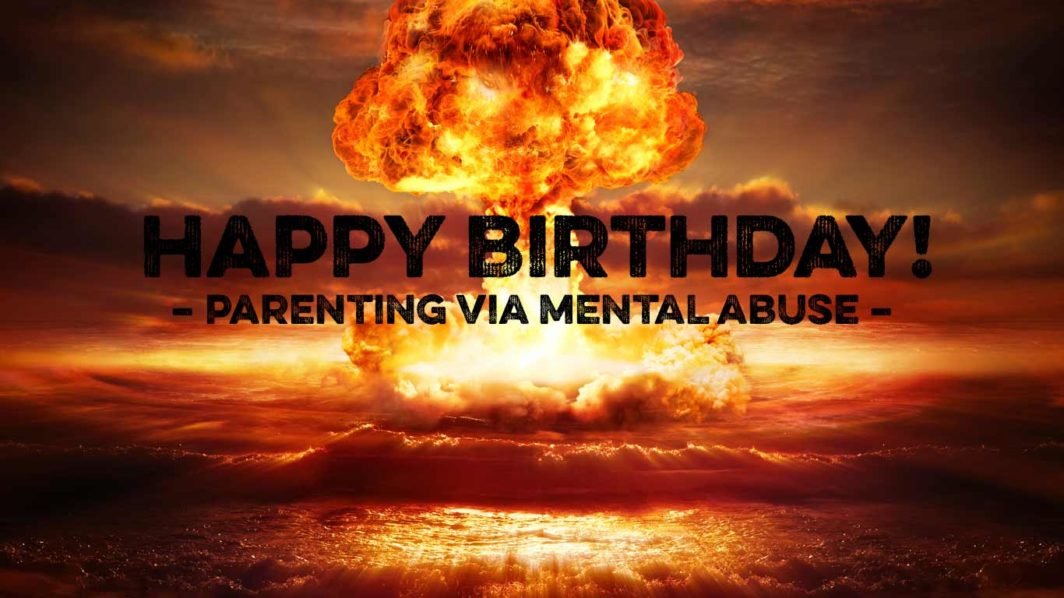 “Because if I don’t pay the vet bill, they might come and repossess Larry,” answered The Missus, referring to our family dog.

“They sure will,” I chimed in. “In fact, you know that office cat that is always so friendly to us when we take Larry in for his shots? Where do you think they got him?”

“Mommy!” the Kid was starting to panic now, “You better pay the… Hey! You’re laughing!”

If The Missus had been able to keep a straight face that night, we would have pulled another one over on The Kid.

Playing practical jokes on The Kid was one of our favorite pastimes. Did we do it to be cruel? Of course! I freely admit that. But there were other motives as well.

When I first met the lady who would eventually become The Missus, her daughter, The Future Kid, was a very serious and un-amused seven year old. As her eventual father (she never met or even knew her bio father), I felt it was my duty to toughen her up for a life of laughter, starting with laughter at her expense. The Missus quickly agreed to this game plan because she, deep down, is nearly as cruel and unfeeling as I.

It’s qualities like these that make us such great parents.

The best practical jokes are ones that are delayed and manifest far into the future, preferably at the most inopportune moments. The way that works best is if you plant a seed of mis-information and let it grow wild, taking root in the target’s mind for as long as necessary. It’s like scattering seeds in the wind, I suppose, but I like to think of it more like burying land mines in hopes that the target eventually steps on one, exploding to a boom of raucous laughter.

My personal favorite practical joke caused embarrassment, but also taught The Kid a valuable lesson about doing her own research.

She had to give an oral report on Abraham Lincoln. She asked me what I knew about the subject. I gave her a few tidbits, building trust.

Then she asked about the Lincoln assassination, and I offered, with my best poker face, the well-known anecdote that in the aftermath, a reporter asked, “Other than that, Mrs. Lincoln, what did you think of the play?”

Which anecdote, of course, made it into The Kid’s oral report. In front of the class in a Catholic school with the nun sitting in the back wearing a look of shock and horror.

The Kid tells that story better than I do, probably because she was there.

The Day We Reached Peak Joke

Sometimes, when the stars align, and you’ve lived a clean and pure life, the Gods reward you by creating a situation in which the target, reluctantly, but knowingly participates in the practical joke because there is no other option.

That’s just what happened in the crowning glory of my practical joke making. It also happened to be the Worst Day of The Kid’s Life (according to her), which began with her over-sleeping and being late for high school.

And THAT is how I became a published author

She needed a note from home. But instead of a note, I composed the following Excuse Limerick:

We know this may sound rather dumb;
As our Cassie’s clock remained mum,
her inner-clock slipped,
while causing a rip,
in the space-time continuum.

It’s not every day this occurs,
that our daughter in timing so errs.
We send our regrets.
And lest she forgets,
her timeliness now she assures.

The Kid would have begged for a regular note, but she knew her parents, and she could calculate the odds of success. So off she trudged, carrying a metaphorical time bomb created just for her.

She got to school. Turned in the note to the teacher. He read it to himself, and enjoyed it.

So great was his enjoyment that he read it to the whole class, then, seeking to share his joy with the community at large, he had the note read on the public address system for the whole school.

One would think that would be enough humiliation for one practical joke.

One would be wrong.

I, seeing an opportunity to maximize The Kid’s humiliation even more, sent a short explanation along with the limerick to a local community columnist at the Spokesman Review (Spokane’s newspaper). Columnists are always looking for column fodder, and, sure enough about a week later The Kid got to relive her humiliation all over again across the whole Spokane region.

The Last Hurrah… or is it?

She has since grown up, gone to college, and is well into her chosen career, so I thought for the longest time that my practical joke days with The Kid were long gone. But clean living and purity of heart has once again prompted the Gods to smile on me, as today The Kid celebrates her thirty-fifth birthday with a special gift from Dear Old Dad.

To appreciate the genius of this gift, you have to first know the following:

When she was young and did something bad, we punished her with food. She had her favorite foods, but her punishment was always a food she hated. We discovered quickly how effective this form of punishment could be. There was no physical punishment: no spanking or burning with cigarettes. We weren’t denying her anything; we were simply having foods she didn’t like.

It was, in retrospect, the perfect punishment.

We tried a few different meals, but soon landed upon the ultimate meal as punishment: Grilled cheese sandwiches and tomato soup.

It is, to be honest, one of my favorite lunch meals. But The Kid hated it with the fiery hate of a thousand suns.

This year, as The Kid’s birthday approached, I had nothing to give her. No painting (too busy). No gift certificates (to cliche).

But then, just as I was giving in to despair, The Missus and I were wandering the aisles of Costco when my eyes alighted on the perfect, hilariously amazing birthday gift of all. 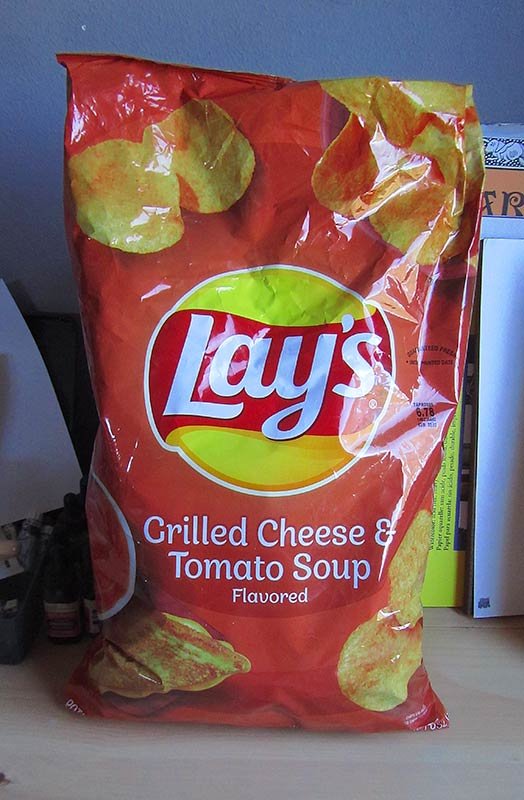 Should have bought a bag for myself!

Happy Birthday to The Kid! You will always be my favorite target.