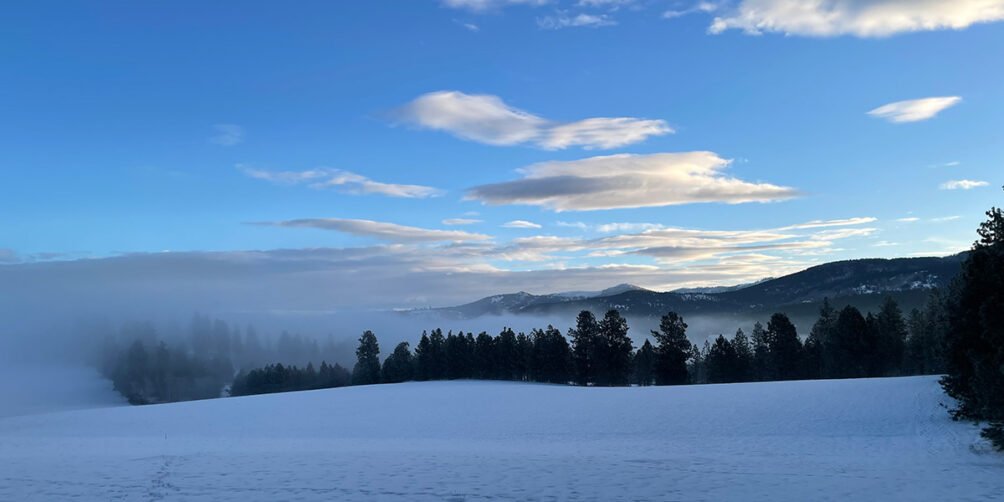 We're seven days from the start of winter and 30 inches of snow has already fallen, and most of it is still here because the temperature has been stuck in the teens and twenties for about five weeks.

I'm actually looking forward to the beginning of Winter. If it follows the norm for this area, it should warm up a bit. I think I'm being a bit optimistic with that hope.

I'm still taking the dogs on their morning walks, even with low temps. If the temp is in the teens, I'll put Hudson's blanket on him, though I don't think he cares. In fact, it probably makes him too warm as he always rolls on his back after a few minutes of running, like he's trying to cool off.

The above is a photo I took with my camera phone just before the sun rose from behind the hills to the east. It's about 20°(F) and the field is covered in about a foot of snow, and the fog is rolling up the valley to the north.

I like this photo because it shows blue sky; something that has been in tragic short supply lately.

Here's a photo I took this morning of Hudson in that same field. The temp is about the same, but he doesn't seem to care about the cold. 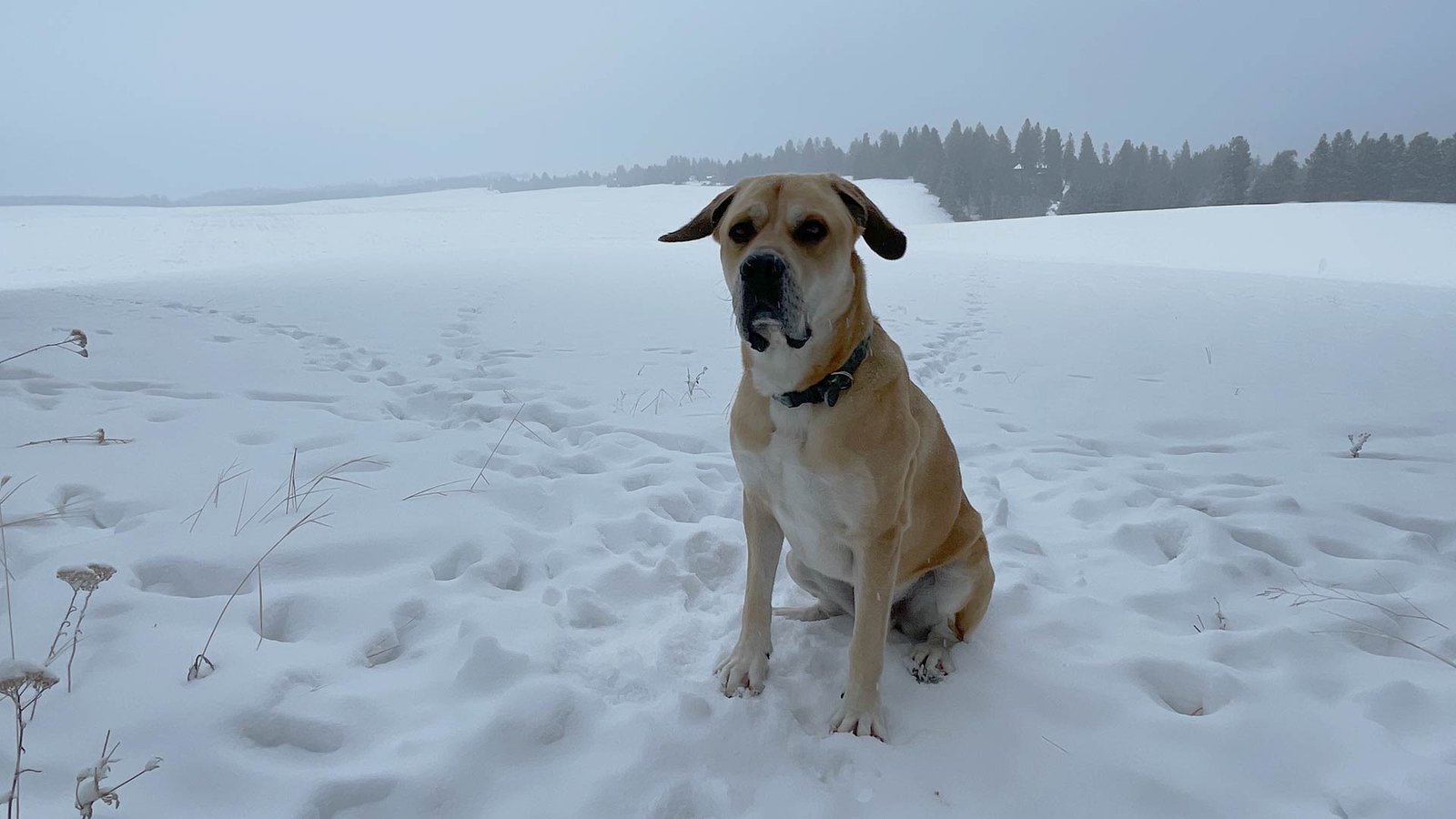 Take the photo, Dude, and give me a treat!