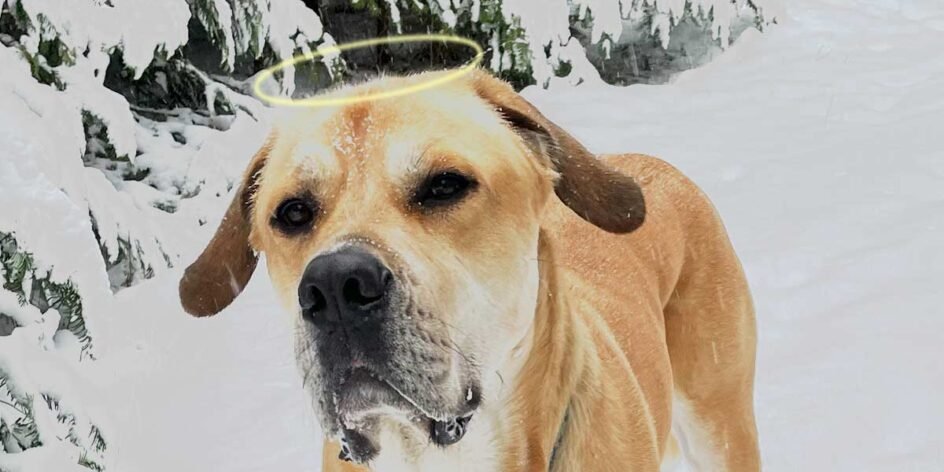 This bright Christmas morning I took Hudson for a long walk in the snow-covered woods (it's our daily ritual). Today, Beorn chose to stay home. At nine years old, and currently beating the odds for the lifespan of most Bernese Mountain Dogs, he's earned the right to a day off.

Since it was just Hudson and I, and he being a still energetic 2+ year old mastiff pup, I decided we should hike up the big hill. That was where I witnessed my Christmas Miracle.

The neighbor dogs joined us, as they usually do. Shadow, a small (35-40 pound) German Shorthair that loves to run the trails all day, and Cairo, a 2-year old German Shepherd who likes to play-attack Shadow whenever she streaks by.

As we walked our usual trail, I quickly noticed several new tracks in the snow. The first one looked like moose, the second looked like elk.

As we turned to head up our intended hill, the snow was slowing me down a bit, so I stopped to catch my breath. Looking to the southeast, to my delight I saw between the trees on the neighboring hillside  a large bull elk! 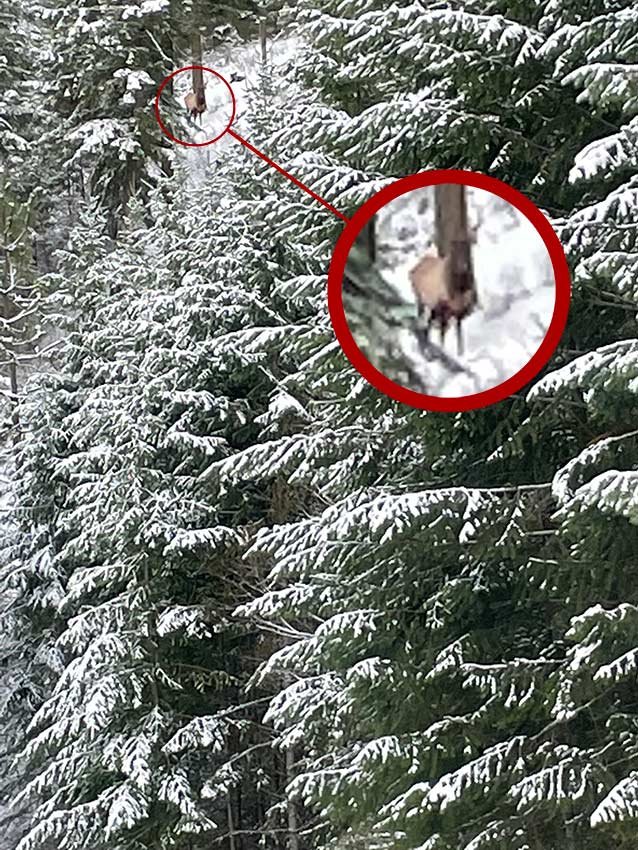 He stood still as cold winter death, watching us. It is a rare treat to see an elk out here. They are abundant, but very cagey and shy, so catching sight of a bull is a special event.

But that's not the miracle I'm talking about.

We kept hiking up the hill. At the top Hudson and I were joined by Shadow. Cairo was off romping somewhere.

It was then I heard it.

Cairo. Barking at something. He likes to antagonize any animal he sees, and I figured he found one.

We began our trek down the hill, Hudson and I. Shadow took off on another lap around the trails. I kept my eyes peeled for critters.

Just as we neared the bottom of the hill. I turned to my right. That was when I had my big "Oh! Shit!" moment.

Running through the brush and snow, was an agitated moose cow. She was running directly at me.

My first thought was that she was angry at me for something, or defending her calf (which I couldn't see). But there wasn't much time for conjecture. I needed a place to hide.

I quickly scrambled behind the stump of a collapsed tree. The stump was about ten feet tall and thick enough to hide me. I knew it wasn't going to be much help if she was truly after me; and if she decided to chase me around the stump I didn't stand much of a chance.

I heard her stomping through the snow as she approached. Her snorts came in quick, angry bursts.

Then, at the last moment, she swerved around the tree and passed just a few feet from me. She continued on through the snowy brush. I was safe!

But that's not the miracle I'm talking about, either.

Hudson, standing almost directly in the moose's path, gave a challenging bark, and juked to one side as the moose swerved to pass him. By now it was clear to me the moose was simply trying to get away from Cairo and happened to run into us. She just wanted to escape.

I watched as the moose continued down the hill, and Hudson turned to give chase.

It was then I loudly commanded, "HUDSON! COME!"

To my surprise, Hudson stopped his chase and turning, trotted back to me.

I stood there in shock. After all, this was Hudson, who can't stop himself from biting porcupines again and again; who will run a mile over rolling wheat fields in pursuit of a solitary deer; who will ignore all my commands to return if he hears a chipmunk in the bushes.

This is the Hudson that came back at my command.

And THAT is my Christmas Miracle. 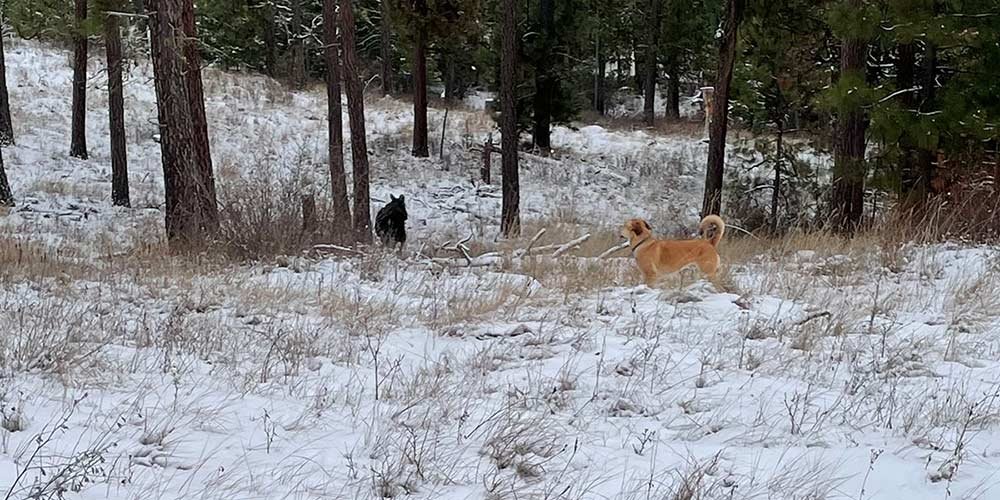