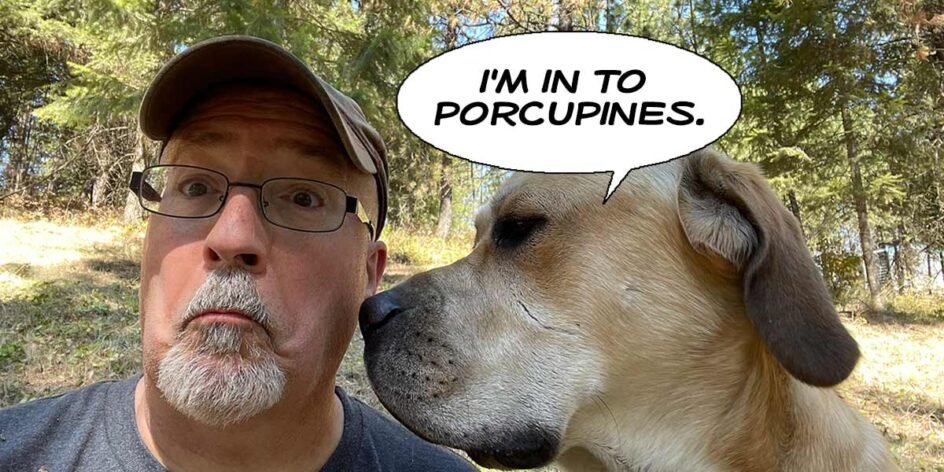 The warm summer breeze flowed over him in a lazy, somnolent caress. It was a beautiful blue sky day and the pine branches rustled while the trees swayed in unison to a harmony only nature could sing.

He should have felt completely satisfied and content. Instead he felt the dirty need welling up within him.

There was something wrong with him, he knew. The perverse need, the sick pleasure in this particular degradation was so strong he was powerless to fight it. Why? What sort of self-destructive nature made him want to toss aside his normal, happy life and run off in this shameful pursuit? What did he get out of this? What sort of satisfaction could possibly be attained by this repeated and fruitless obsession?

He should have given these questions serious consideration. Perhaps in a normal state of mind he might have been so inclined. But when the fever was on him, there was no room for anything else. No reflection. No introspection. Only the overwhelming, all-encompassing imperative to satisfy his perverse desires.

His sickness – and that's what it was to him – ruled him. When it was upon him, he could do nothing else but obey its humiliating directive, even while knowing where such actions would ultimately take him.

He was an addict; a junky.

And so he went – literally – in dogged pursuit of his fix.

The shame. The shame came with him on that journey as a silent witness to his compulsion. It remained silent while the hunt was on, biding its time.

When no one was looking, he slinked off into the darkness of the shadowed ravine where the stagnant water remained even in deep summer. It didn't take long to pick up the scent of his desire, and his heart jumped and blood pulsed in excitement as the inevitable encounter drew near.

There! She was on the edge of the mud where the water met the rising hill.

He had to cross over to reach her and he leapt with the energy of youth, propelled by his intense yearning. Half-way across he leapt. But it was not far enough and he sank into the mud past his belly. Yet he was not to be dissuaded. He had come too far.

He pushed himself up and scrambled through the mud, feeling it seep into every nook of his feet and fur.

She, for her part, turned away and tried to flee. As usual. But she wasn't fast, and knew what was coming, so she did her best to give him her back. She kept her tail to the side; ready.

Finding his way out of the mud, and with the mad fever of lust upon him, he lunged.

She swung her tail and connected with his face and mouth.

He tried to stop, but momentum carried him into her back that bristled where his cheek and chin made contact.

His painful yelp gave her a moment of satisfaction. She felt the quills pull away, leaving empty patches. There was mild pain with this, but she didn't notice. She was too busy moving her tail into position, preparing for the next blow.

He backed away, shaking his head. The pain! The sweet, sweet pain drove the fever from his mind and gave him clarity once again.

Now was shame's moment. Shame is what filled his mind in the spaces pain couldn't penetrate. Shame in his addiction, and shame in succumbing to that addiction yet again. He knew at this moment, that he was a Bad Dog. Filled with regret, he doubted he'd ever be a Good Dog again.

And the pain was fierce. Quills stuck out of his cheek, chin and mouth. There were many in his tongue as well. All told, there would be over 500 quills to be pulled.

Expressing disappointment and anger, his master loaded him in the car and drove him to the Emergency Vet Clinic.

And even while sitting in the back of the car in disgrace, his face and mouth throbbing and aching, he couldn't help himself.

The fever, momentarily weakened, began to build once again. And a tiny voice in the back of his mind spoke ever so softly, whispering over and over:

"Next time will be different." 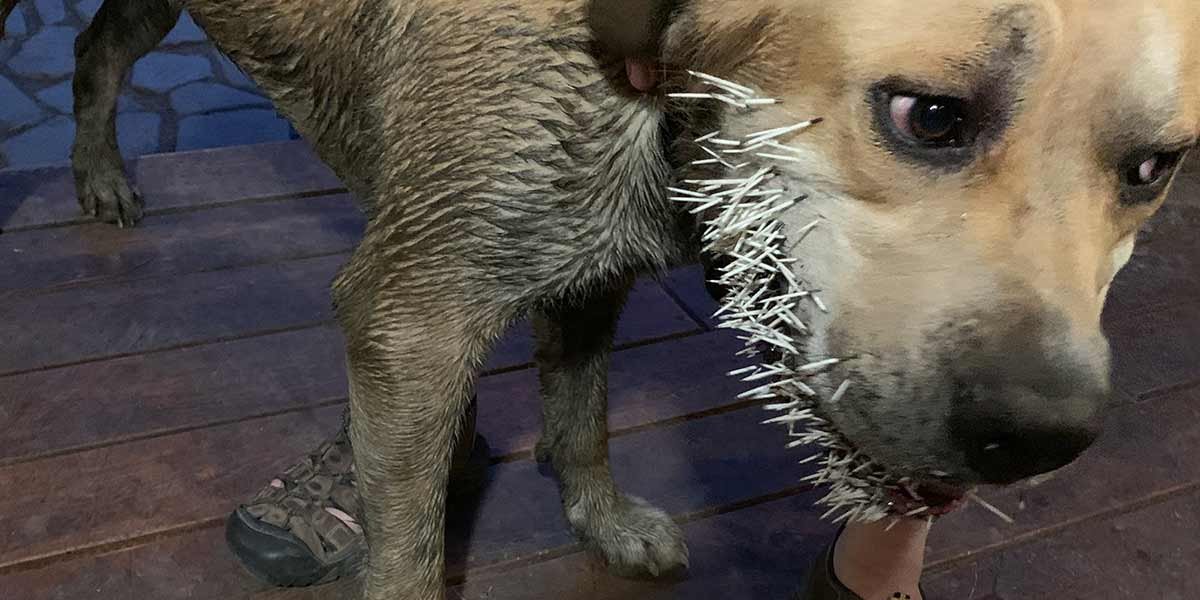 My name is Hudson. I am an addict. It's been 0 days since my last porcupine incident."