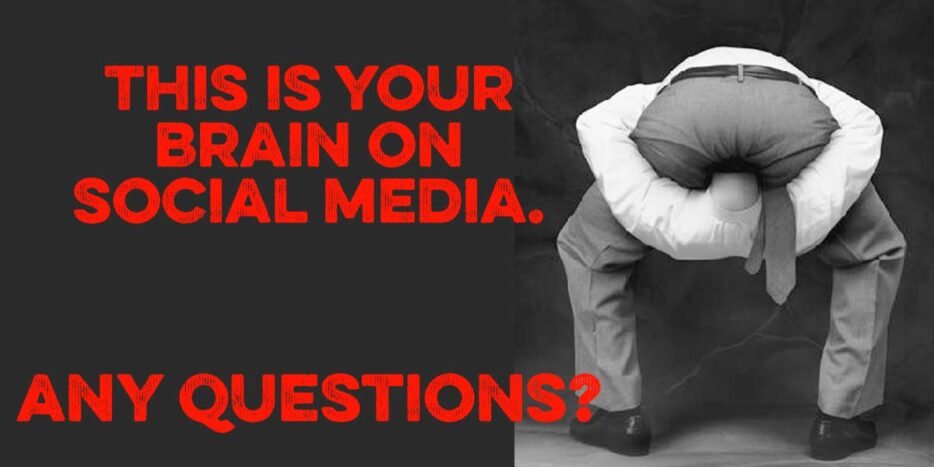 I got a phone call from a high school friend the other day.

We used to connect on Facebook. He left the platform (and all social media) because it took too much energy and brainpower trying to talk with morons. That's my interpretation; he used different words, but that was the sense I got from it.

Our conversation brought to mind my seething disdain for social media in general, and Facebook in particular.

As I see it, the big problems with social media are the following:

Facebook and Twitter will tolerate these and other discussions, but only if you talk from the left side of the issues. Freedom of speech on Facebook only goes one way.

Facebook, Twitter and other social media contribute to the infantilization and intellectual vacuousness of this and future generations. Soon it's gonna be Idiocracy all the way down.

People find it easy to be assholes on social media because everyone knows it's not reality. It's all virtual, like a video game. As a result, people treat each other like cheap hookers fighting over a corner streetlight in Grand Theft Auto. Please note: I've never played the game. But I assume there are streetlights, and that cheap hookers would find themselves at home under them.

Looking for authentic human interaction? Meet your friends for dinner, invite them over for the holidays, or just call them. All those interactions are infinitely better than the superficial and dull interactions available on social media.

3. Social Media Decides What Is Relevant

You don't decide what to see on social media, algorithms do. You may, by your actions, indicate a preference for certain content. But in the end it's the algorithm that fills your timeline or newsfeed. That's why some friends / follows eventually drop off your radar - you didn't interact with them enough. This is all fine if you want to spend all day tracking every friend / follow you have to ensure they show up regularly. But it's not how real people interact.

On social media you can never be sure if what you are seeing is there because you wanted it or because the algorithm wanted you to see it.

4. Social Media Spies On You

Social media sites collect data about your every online move, and sell it to interested parties. That alone should be enough to make you want to drive a splinter-laden wooden stake through the atrophied vampiric heart of Mark Zuckerberg. It may also inspire you to swing a (metaphorical) rusty machete through the bongwater-soaked beard of Jack Dorsey. 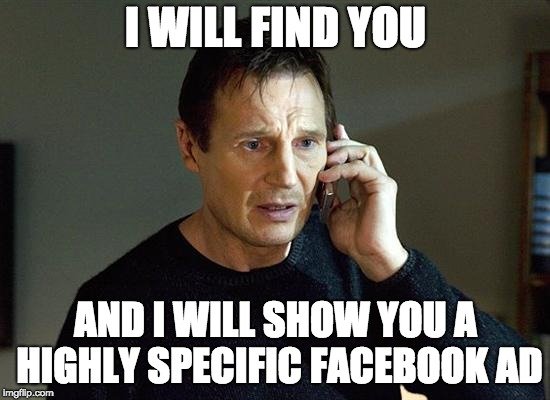 Who told Liam I was in the market for tiny miniature figurines from the tv show "friends" that are anatomically accurate and made from grains of rice?

Is Social Media Necessary for My Business?

I've been told by many "experts" that a presence on social media is a must these days. After three years, I've yet to see much of a return on the time I've invested in Facebook for my pet portrait business, to say nothing of the vast wasteland that is Twitter. I've since deleted my Twitter account, and would dearly love to do the same with Facebook.

It's hard to sell my pet portraits on social media because there they are just tiny images like everything else and can't be judged well on their own merits. In my case, reality is the best sales tool, because in Real Life when I put it in front of people, my portrait work sells itself. That's why I've been so hot under the collar about these ongoing lockdowns: they're killing trade shows and my nascent business. I've easily missed out on at least $20,000 in potential income from cancelled trade shows alone.

The Anti-Social Solution: Ditch Two and Keep One

Currently, the only social media account that is building for me is Gab. The key is that Gab lets you join interest groups (similar to Facebook), so I can bypass the MAGA and InfoWars people, post my pet portrait work to the Doggos group and get seen instantly by thousands of dog lovers. I usually get dozens of likes, and (more importantly) visitors to my web site within minutes of posting (compared to under ten likes in a week on Facebook). Gab is easy to use, and I see more potential for growth and building a following on Gab, not to mention the whole "freedom of speech" thing. As far as I can tell, everyone is welcome on Gab, as long as they aren't breaking the law. 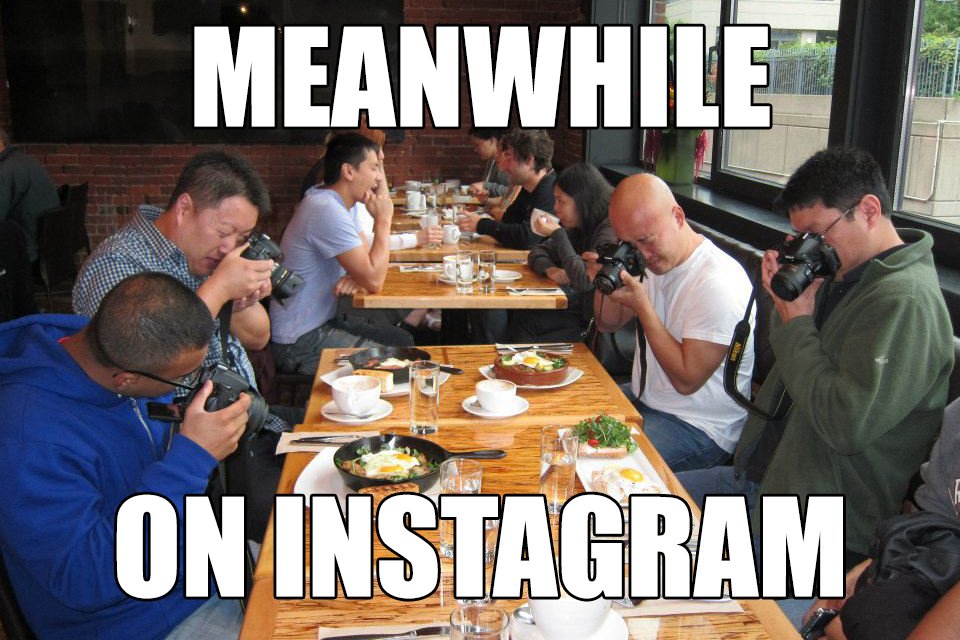 I'm so old I remember the days when we all just ate our food.

I tried Instagram, but since my phone is not the center of my existence, it's a hassle to post there. For those who don't know, Instagram is a social media application centered on your phone. It's for people whose online presence is mostly done via their smartphone. As far as I've been able to discover, it's impossible to post from my desktop computer where I actually create my art. Since I use my phone mainly as a phone, I don't have much use for that social media avenue. Also, Instagram is owned by Facebook, which makes me doubly in league with the Devil.

In the end I'm stuck in a dilemma: should I ditch Facebook and miss out on all the meal photos, vacation images, Gandhi quotes presented as original thoughts, and the occasional visitor to my web site? Or should I stick with it and hope for the best while trying to ignore the speech policing, fake interactions, nazi algorithms, and spying?

Depending on Social Media is Like Sleeping On Someone's Couch

If you put too much emphasis on social media, you are completely at their mercy. In effect you're sleeping on Mark Zuckerberg's couch. If one day he decides you've crossed some imaginary line of offense (and believe me, you will some day), you'll be gone. In one fell swoop, you will have lost your vital connection to your audience and potential income.

I suppose the only real freedom I have online is right here, on my very own website (assuming my ISP, web host, and/or domain registrar doesn't suddenly get woke).

Perhaps I should work on building THIS audience, and not worry about social media because I think my high school friend has the right idea: Social media is garbage.

I interrupt this post with a Special Idea Alert: This occurred to me last night and though it's certainly not a new idea. Hell, it might be a total idiot move and poorly thought out. But I'm just gonna put it here and let it simmer in my brain for a while

The Problem: Most social media irritates me, so why spend valuable time engaging in that mess and getting irritated every day? I know I'm the Luddite in this case and that most people are just fine using (Usin' & Abusin'!) social media.

The Solution: Why not let them do it for me? Even if I suck at it, it might be possible to get more social media engagement. I just need to convince my visitors to share my content in their social media accounts.

The Benefit: This eliminates the need for me to wallow in the garbage of social media. I get to focus on this site doing things I like (blog posts, artwork, etc.). And I eliminate the hassle of dealing with The Zuck and his stupid rules.

Obstacles to Overcome: The obvious problems are

Each of these problems will need a solution that works. The most difficult will be building traffic, which will require a bigger emphasis on SEO than I've had in the past. The other problems must be addressed as well, but without visitors, nothing will work.

Is this just another stupid brain fart that I should discard? Or is this a better way forward for me? I don't know yet, but if it gets me away from having to constantly engage in social media, I'll consider it a very good start.