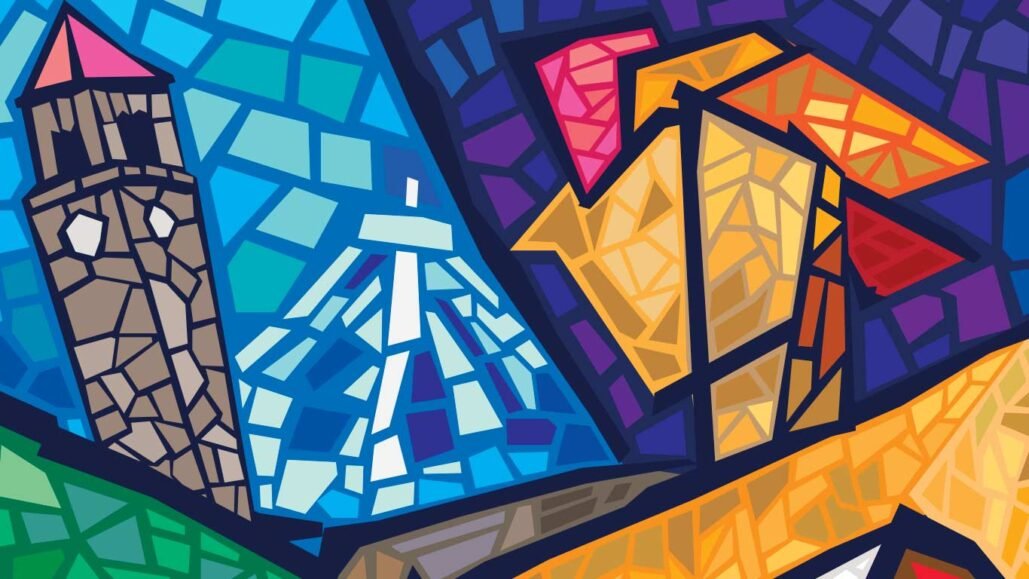 Today the Official Bloomsday 2021 Souvenir Poster was unveiled. One of the local tv news channels, KREM was there and did a good five minutes on it. They mentioned my name, and not in the way most people who know me assumed and expected my name would make the news. No, they named me in a good way. 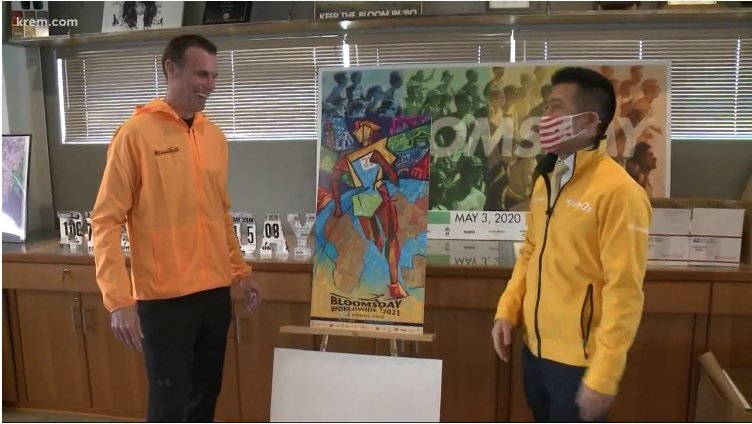 It's official! Now they HAVE to pay my bill!

Unfortunately, I missed the live show as I was outside in blizzard white-out conditions in the woods trying to coax my two huge dogs into shitting quickly so we could go back inside. As usually happens, they had their own ideas regarding the definition of “quickly”.

This is the sixteenth Bloomsday Poster I’ve designed and illustrated. I should have a Sweet Sixteen Coming Out Party for this poster, but sadly in this suspicious day and age a fifty-nine year old pudgy white male should steer clear and have nothing to do with Sweet Sixteen Parties, even for posters.

Because of the pseudo-pandemic, the Bloomsday folks decided to make the race a virtual race. So instead of a massive crowd of 40-50,000 runners in downtown Spokane, each participant can run the 7.46 miles wherever they happen to be.

Personally, I think of "virtual" as something that is a pale imitation of reality, so my idea was to re-brand Bloomsday in a positive way. I wanted to make the focus of Bloomsday not on Spokane, which it traditionally has always been, but on the whole world. That's when I came up with the Bloomsday Worldwide concept. As I put it to Bloomsday's Executive Director:

"Taking Bloomsday worldwide is a major step, so I created an image that expresses the optimism, energy and spirit of this traditionally Spokane event that now belongs to the world."

Like I said, the news coverage was very nice. In all the years I’ve been doing this, I think this is the longest they’ve spent covering just the poster. Not to be too cynical (if that’s even possible for me) but I think the news media, like the rest of us, is sick and tired of the daily slate of constant Flu Manchu stories and will seize on anything that gives them a momentary respite from ridiculous and (I suspect) Federally Mandated scare stories on a 99% survivable virus.

The other two tv channels in our area did small blurbs on their web sites about the poster. They may cover it more extensively in later broadcasts.

One of the tv channels, KHQ, decided to rename my business.

I like it. I’d go with it but I already have stationery for SIGMADOG.

But enough of my rambling! Here’s the Official Bloomsday 2021 Souvenir Poster (by the way, they are available for purchase on the Bloomsday web site): 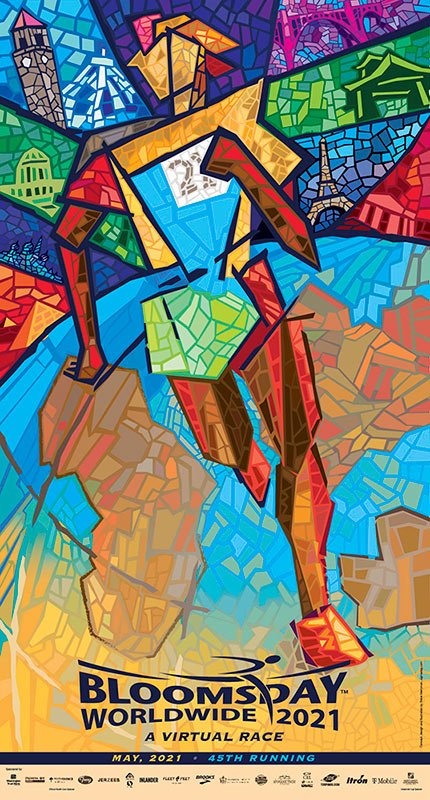