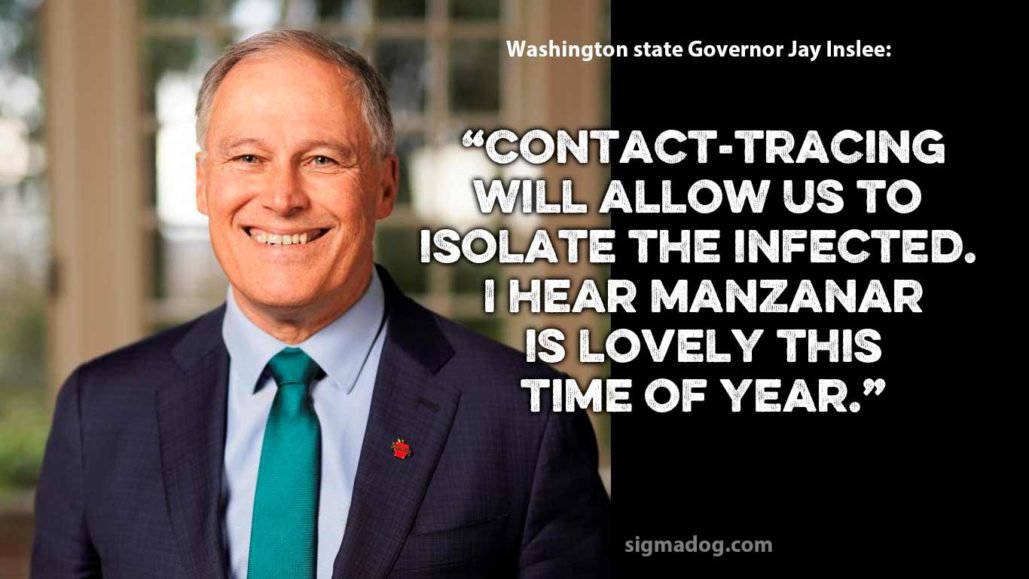 Some days, Quarantine Anger is a slow-burning flame percolating beneath the surface. On those days, I’m able to focus on daily tasks like art, business matters, blog posting and my dogs without much difficulty. Not that there’s all that much to do, what with Governor Lockdown keeping us all under his I May Be A Mediocrity But I’m Still In Charge Imaginary House Arrest. Still, even if Dictator Orders stipulate that I, as a Non-Entity Who Nevertheless Must Pay Taxes, cannot make money, I still have daily responsibilities which I need to attend to. I shower. If it’s Wednesday I shave (mainly for The Missus benefit). I take the garbage out, always leaving room in the bag for Governor Lockdown (if there’s a particularly rancid bit of food, cat puke or a dead mouse to discard, I consider it The Governor In Effigy). In the mornings I take a big dump, name the resulting stink pickle “Inslee,” flush it down, and get on with my day.

That’s what it’s like in QuaranTime when the anger is burning low.

Today is not one of those days.

“It’s often overlooked that in the years leading up to 1775 rising anger over Britain’s restrictive trade policies coincided with an economic surge in the colonies. Americans were the most prosperous people in the world, and also the lowest taxed. In fiscal terms rebellion was inspired by ambition rather than hardship, by a desire not for financial freedom but for more financial freedom.”Robert H. Patton - Patriot Pirates: The Privateer War for Freedom and Fortune in the American Revolution

If the American Revolution was begun over, among other things, the desire for earning a better living, just imagine the anger those first Amercian Revolutionaries would have felt over the government preventing them from earning any living at all.

It’s been two months since the Governor of Washington suspended for many of us the freedom to earn a living in the Evergreen State.

In that time, the Curve has been Flattened. The Emergency is over.

But that is no longer enough for the Idiot Governor.

Yesterday, Inslee sent out a treacly tweet thread that included the following:

“There is no good path forward without defeating this virus.”Jay Inslee, Moron

Defeating the virus? What the hell does that mean? More importantly, why is the Asshole In Chief of Washington state dragging his feet in opening up the economy?

“Because Science!” he has said in effect, as if by uttering the sacred word he will ward off evil spirits and rational discussion.

“But what about the economics of the shutdown? Isn’t that profoundly hurting citizens?” one may ask.

“Imagine if it were one of your loved ones dying!” he replies. NOTE: That’s an actual response the Governor had to those who would question his slow rolling re-opening – I heard him say it myself.

So the reason is Science and the argument is Emotion.

There you have it: Jay Inslee is a moron.

Does the Constitution Even Matter Anymore?

Of course I’m not a lawyer, but it seems clear to me Inslee has suspended our right “peacably to assemble” (1st Amendment), and by creating, by order of the government, different classes of people (those who can earn a living and those who can’t) has violated the 14th Amendment’s equal protection clause.

Now he wants to institute state-wide Contact Tracing, part of which forces restaurants to create and maintain lists of customer names and contact information:

“9. If the establishment offers table service, create a daily log of all customers and maintain that daily log for 30 days, including telephone/email contact information, and time in. This will facilitate any contact tracing that might need to occur.”Phase 2 Restaurant/Tavern Reopening COVID-19 Requirements

Perhaps they do, but what’s certain is that they don’t “routinely” violate people’s 4th Amendment right to privacy prior to any outbreak of disease, just to “facilitate” contacts in the future, and they certainly don’t force private businesses into doing their grunt work for them.

Hell, the police can’t even ask for names and contact info without cause, yet the government is going to press private businesses to do it without a compelling reason? Will they do it? Of course they will, at least if they want to maintain their liquor license, health certifications, and business license.

Inslee has done violence to our civil rights. He has made honest work illegal and in the process has spawned anger, poverty, distress and disease.

Let’s all be criminals together.

To Hell with Jay Inslee. 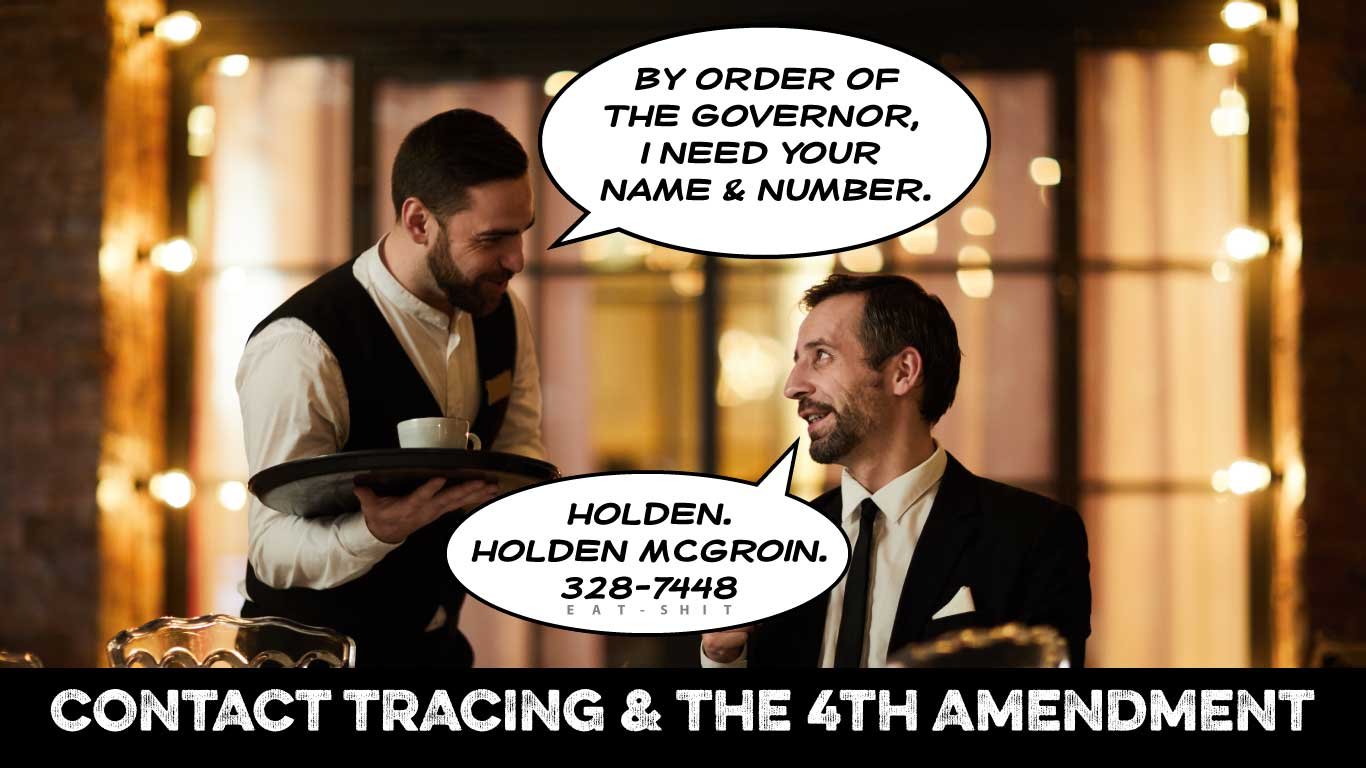