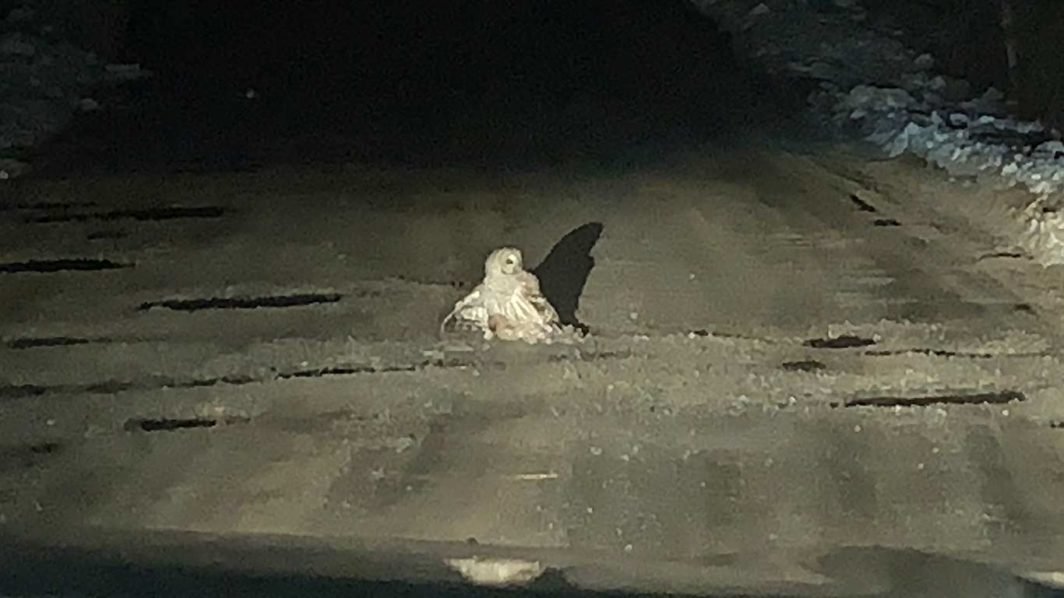 Yesterday was The Missus’ birthday. I won’t say how old she is because 1) she looks as lovely and young as the day we were married, and 2) I’m not stupid (at least not THAT stupid).

Living out here in the woods, we’re surrounded by evidence of nature’s brutality and renewal. Most of us get it. We understand how that brutality is actually a sign and harbinger of renewal. Hell, anybody who lives through hard winters knows the truth of it. It’s only city people who don’t seem to understand that death, decay and what they’d foolishly refer to as heartlessness is an important part of life out here.

As I walked the puppy on the trails in the morning I heard, off in the deep woods, what I recognized as the distinctive crack of a breaking branch. I froze at the sound. I looked in its direction. Often the sound is a precursor to the appearance of a moose, and I wanted to make sure if that were the case, the moose wasn’t heading my way.

So there I stood. I watched. I listened. I waited..

The wind picked up a bit, and soon I heard another crack; followed by another; and another. Soon the cracking cascaded into the clearly identified sound of a tree falling in the woods.

So, I guess it does make a noise afterall.

The death of the tree wasn’t the only miracle of nature encountered that day.

It was dark. We were on our way home after an evening meal at one of our favorite restaurants, The White House Grill, which specializes in Greek food smothered in garlic (their T-shirt slogan: “I STINK… because I just ate at the White House Grill”. I wear mine proudly). As I drove down our gravel road, less than a half mile from our driveway, I saw something burst from the trees next to the road as I passed.

An owl. It flew past my truck, coasting in front as my headlights illuminated it and the road ahead.

Just in front, about fifty feet ahead, something small moved on the road. It may have been a rodent, or a bird. I didn’t have time to be sure, because the owl swooped down upon it and made it’s kill.

We stopped and watched. I turned the headlights off and illuminated the road with my running lights. I wasn’t sure if the owl was going to attempt to fly home with dinner or if he/she was eating out that night.

After five minutes it was clear we had ourselves a stand off. The owl wasn’t going anywhere, sitting in the middle of the road. And it wasn’t eating.

I think our presence had it rattled. So I gingerly drove to the side of the road and slowly passed by the owl. It glared at us the whole way.

So that was how The Missus birthday went. A tree fell in the forest. We ate Greek. An owl prepared dinner.

I’m not sure if all that was a sign or portend of things to come. I’m not superstitious, so I suppose it was all just coincidental. But even if I thought it was something symbolic, I’m at a loss to figure out what it could mean. Nature’s messages can be dense at times.

If you have an idea what it means, let me know.