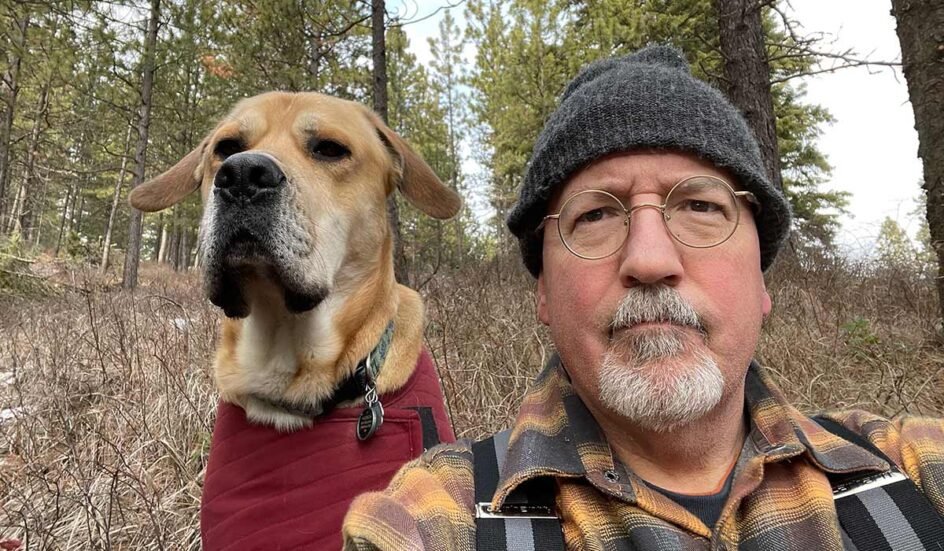 I turned sixty last week. It's not that bad. At least that's what the nursing staff tells me.

I haven't been to a doctor in a decade, and since I feel fine I don't want to schedule a visit because it would harsh my mellow. Doctors are paid to find bad things and prescribe expensive drugs with terrible side effects.

"Then keep it to yourself, Doc. I've got trees to cut and dogs to feed."

Longevity is a problem for my family. My sisters didn't even make it to fifty. As for the seventh decade, Dad just barely survived it, and Mom never made it out.

I think I might just set a record. As long as I have a warm place to poop, I'll be fine.

Having a warm place to poop didn't happen the previous week, and I should have known better. After enjoying a spicy taco salad with lots of hot sauce, I immediately took the dogs for a hike. While out in the woods about a mile away from the house, I experienced a serous lower gastric emergency and, well, let's just say I made do with what was available.

Of course it's a truism that bears shit in the woods. It's also true that occasionally I am forced to do so as well.

I do a low-down rotten thing to my friends on their birthdays, and it makes me giggle each time. I assemble a list of famous people that died at that particular age and, over the course of the day, one by one, every hour on the hour I text my birthday friend with the message "So and So. Dead at X".

It's my special way of showing I care. Sadly, none of my friends return the favor on my birthday. They either 1) don't have time, or 2) don't care or 3) don't like me.

In any event, I don't need so-called "friends" to do this when I've got me and an internet connection. Here's a small list – incidentally, one of my victims, Dan, turns sixty in August. So, Dan, if you're reading, here's a preview of your text messages.

My so-called "friends" sometimes reply angrily when I send these text messages throughout the day. I don't know why.

Personally, I'd love it if they sent them to me because it's the thought that counts.

So, now I'm sixty. Not Old-Old, just Old. I feel like the lone passenger on a roller coaster who's just crested the highest peak on the track.

Which means it's all downhill from here. 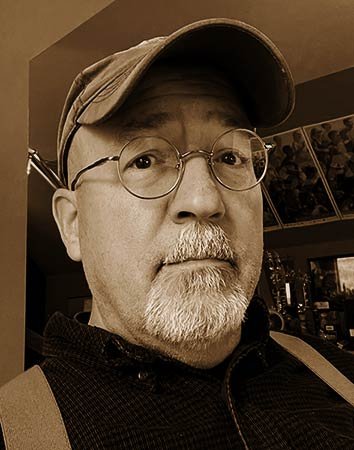 My birthday photo. Use this for the Silver Alert when I wander away.