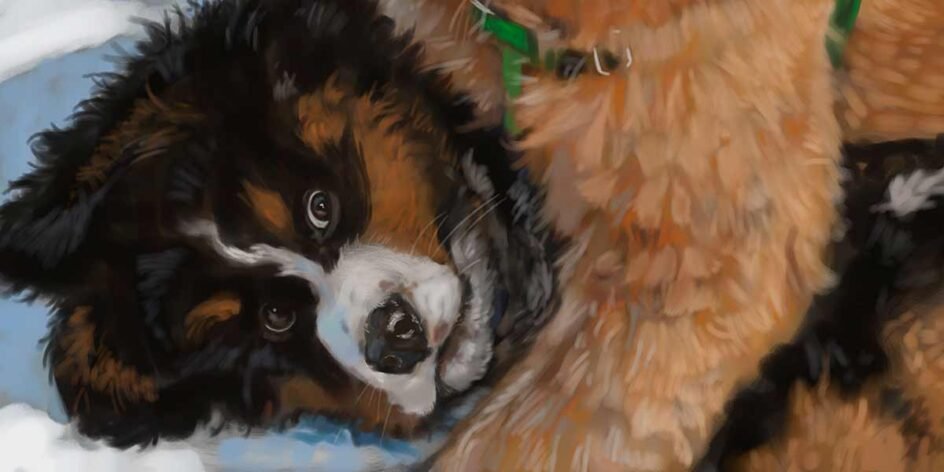 It's summer and the temps are approaching 100°(F) here on SIGMA Mountain. I'd say that fact is enough reason to post a portrait of a snow wrestling match between two pups, Beorn and his friend Jasper.

Our friend Alyssa brought Jasper to visit one February day back in 2013. With snow still on the ground, the pups decided a battle for supremacy was an appropriate way to make use of the snow.

Jasper was clearly the dominant fighter. Beorn didn't have any moves to speak of, but he liked rolling in the snow whether or not Jasper was on top.

Beorn is still that way. If dogs are playing, he'll try to join in, but can't quite figure out what's going on. Also, at 125 lbs., I think his size intimidates the other dogs; everything tends to stop when he approaches.

I started this portrait as a demo piece while sitting at my booth in the North Idaho Pet Expo back in 2019. I and my Wacom monitor were in the booth, and a mirrored monitor was set up along the aisle so people could stop and watch me paint. I attracted quite a crowd each time I started on a portrait.

Once people see how I work, they understand that I'm not just letting the computer "paint" the portrait. 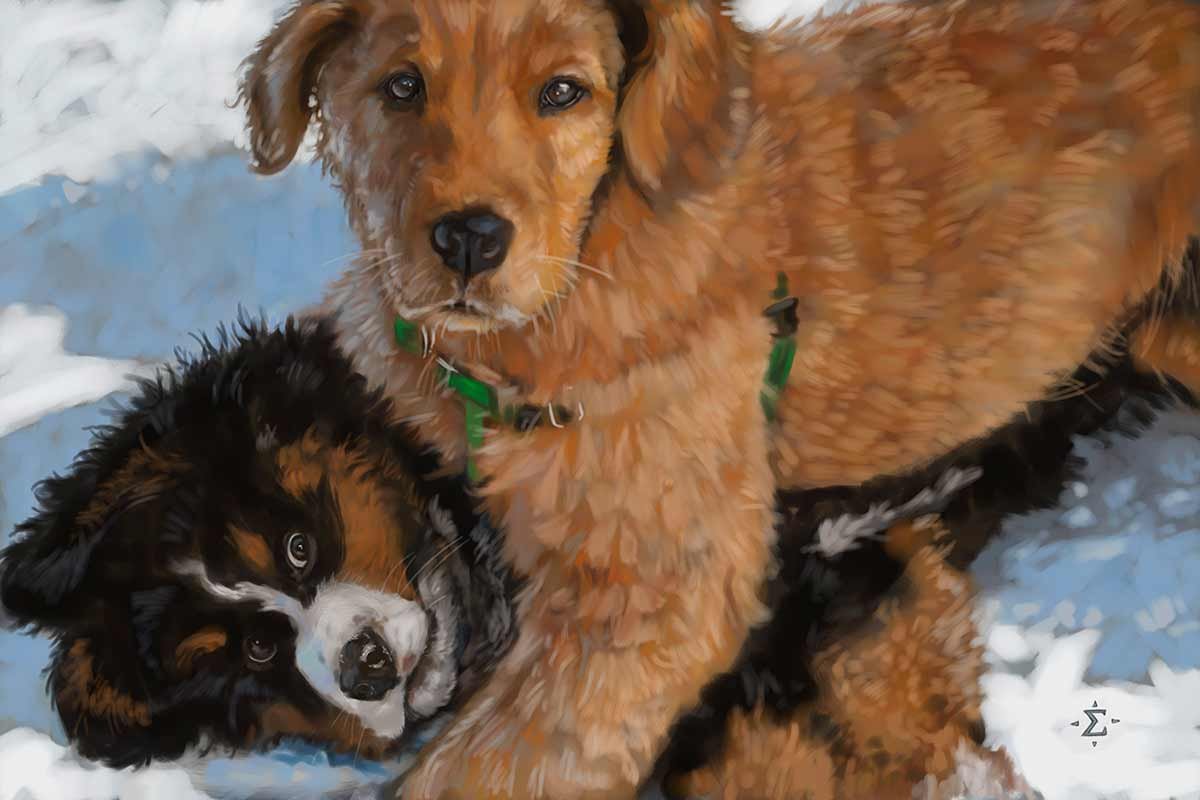 This is the moment we realized Beorn was a lover, not a fighter.