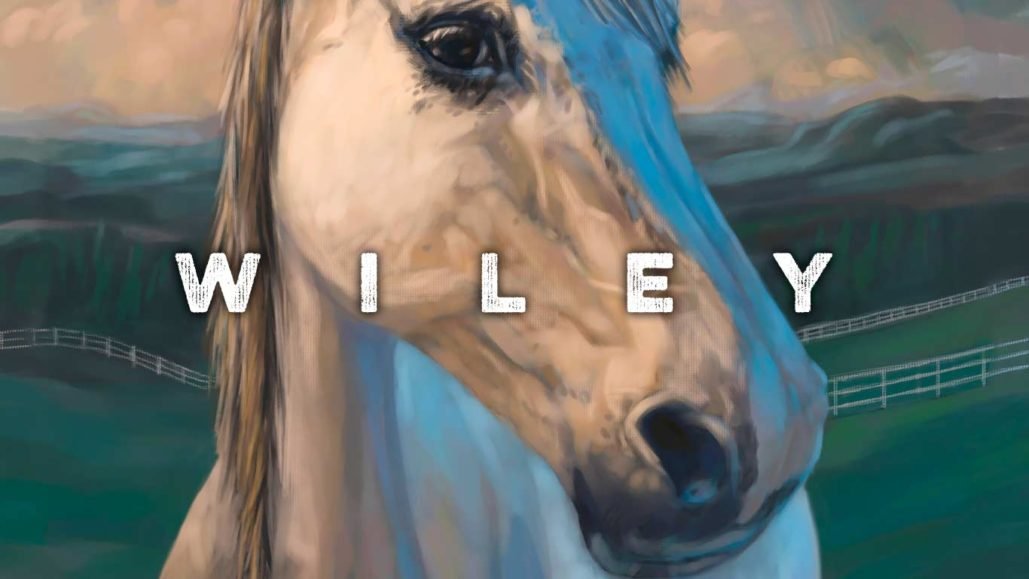 When I started this horse portrait of Wiley, I was fairly confident I could knock it out in a few hours. That might have been the case if I'd chosen one of the poses furnished by Mary, Wiley's owner, in the many photos she sent.

The trouble was that I didn't see any poses that were just right for this white Arabian.

So, like a fool, I decided to work out a pose of my choosing. I researched tons of horse images online as references for a sketch that captured the angle I was looking for.

Focusing on the pose and associated lighting took most of my concentration, and after the first proof to Mary, I realized I hadn't put enough effort into making the horse look like Wiley.

So it was back to the drawing board. But now that I had a pose that worked, I was able to focus on creating it with Wiley's distinctive features.

All told, I showed three proofs to Mary, but internally, I went through five versions getting to that finished point.

Five versions and about sixteen hours all together is not something I want to do on every portrait (my hourly wage would be around $3.50/hr at that point). On the other hand, my focus isn't just on making money (although that's important), I try to stay mostly focused on doing the best I can on each project.

The most valuable lesson here is to stick with it. I got thrown, but I got right back up on that horse. 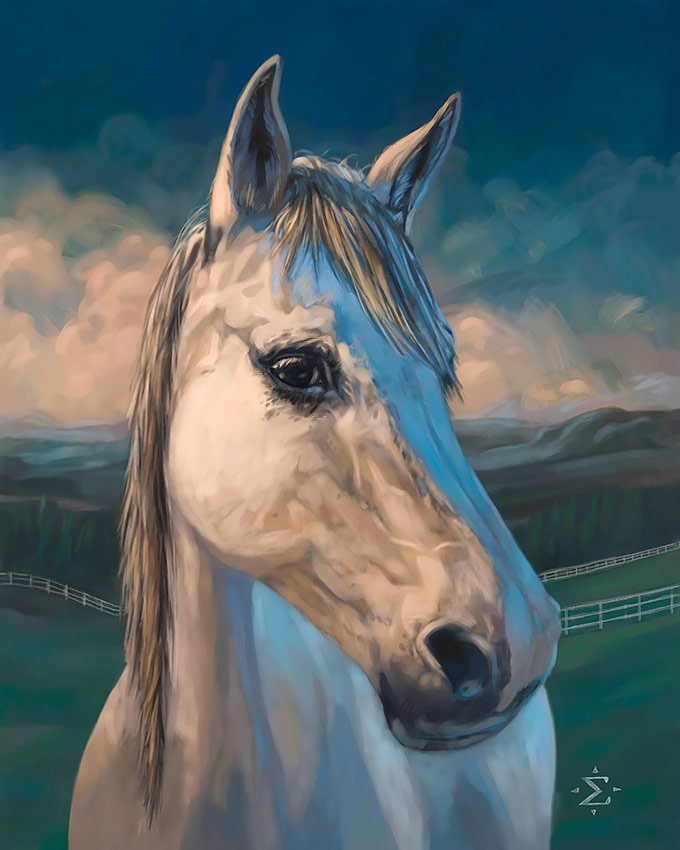 He threw me at first, but I didn't give up.

Order Your Own Pet Portrait!

Love your pet forever with a custom portrait created by me and inspired by your photos.