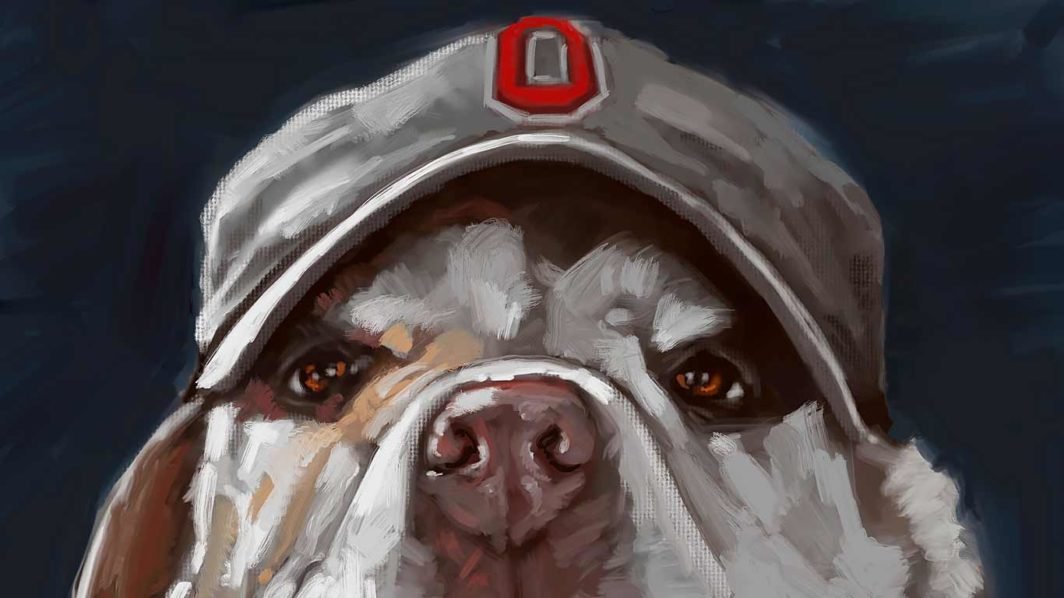 Sage was a big Ohio fan as portrayed in this portrait, which was intended as a Christmas gift.

I'm a bit late in posting my Christmas commissions. Usually January and February keep my time well filled with Bloomsday work. This year was no exception.

But now most of Bloomsday has been put to bed and my schedule has been freed up a bit, allowing me to look back to last year's Christmas pet portrait orders.

This was a particularly fun portrait, as Sage showed a lot of personality. And Dave filled in a few details about her when he placed his order. With that in mind, I had a good idea that I could probably push the envelope and "Let Sage be Sage" in this piece.

The source photo was a bit flat, meaning the light was diffused and not very strong. So I added some highlights to boost the depth and visual interest.

Overall, I like the loose style in this portrait. It works with the playfulness of the pose, making Sage appear to be a good dog and a fun companion. 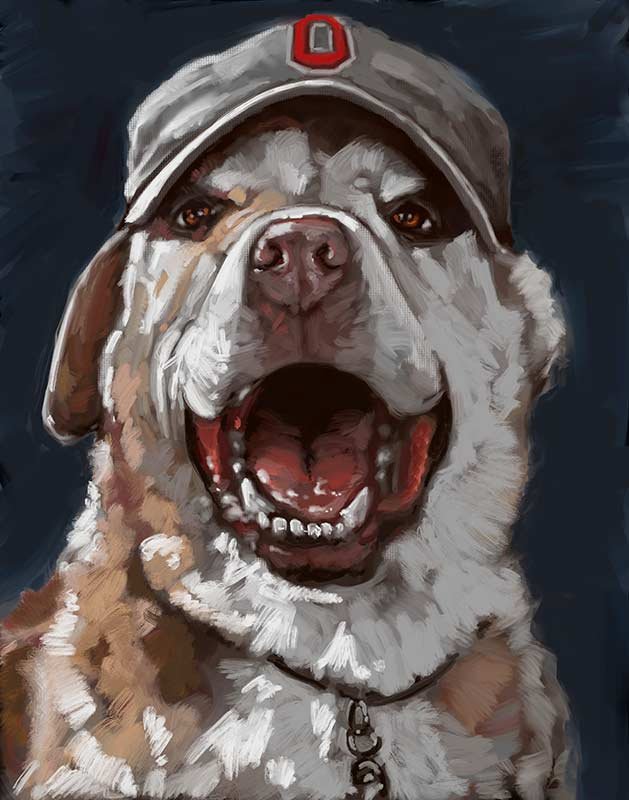 Ordering your very own pet portrait on stretched canvas is easy and secure using my online ordering form.